Well, it happened. I went mental.

The Integra Type R DC5 has always had a special place in my heart. I had one when my dad died in 2012, I also had a different one when my other half informed me of an impending small human arriving in 2016. (This prompted a switch to the four-door FD2 Civic Type R, which is also brilliant).

Recently I had a hankering for a return to old school VTEC and a rekindling of the Integra relationship whilst feeling rather poignant and emotional.

I put the feelers out and initially wanted something high mileage in good nick, and not too scruffy. But after rejecting a few, I thought if I'm going to do this I want to get something very decent, not just 'ok.'

A very nice chap approached me after viewing my 'wanted' criteria on the owners club and said he was thinking about selling. A couple of long evening phone calls later and I was wending my way up to the Peak District (from Kent) for a long weekend with my other half and a car acquisition plan.

After battling the bank's fraud department and a flat battery (quite a stressful afternoon but won't go into all that here), we arrived at our B&B with the newly purchased Teg, complete with fresh battery!

These photos are mostly from the owner taken few months ago by them and photographer friends. I haven't taken any good ones yet as the weather has been inclement. It was imported by Torque GT in 2019, so not been here that long and has only covered 71k miles. It's a C pack with optional start button. It's in excellent condition bar a couple of stonechips and some bolster rubbing, but other than that bodywork is beyond my expectations.

The owner wanted to make it OEM-plus, with some Smart genuine Mugen additions; Plug cover, oil cap, orange sock thingys, rear view mirror cover, shocks and rear strut brace. It's on Spoon lowering springs and has a fast road setup from TDI north recently. Rocker cover has been resprayed a beautiful metallic bronze colour that looks lovely in the sun.

I am so happy with the car, although I am accumulating a shopping list of things I want to do - refresh the front end with new headlights, Mugen radiator cap, new OEM gearknob, some LED bulbs for the sidelights and number plate, possible exhaust but it's still running the OEM one with no issues. I can't believe I'm back in a Teg, but absolutely loving it! 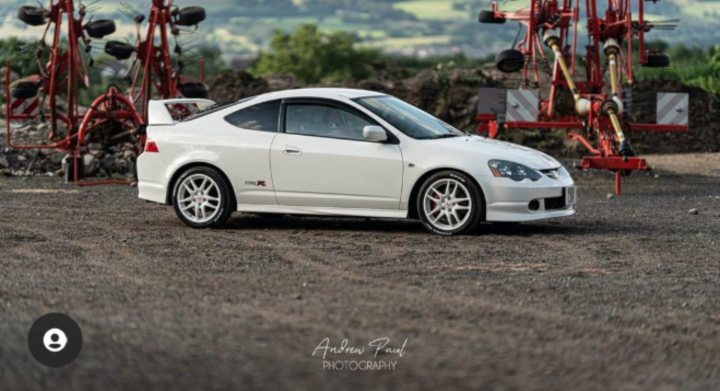 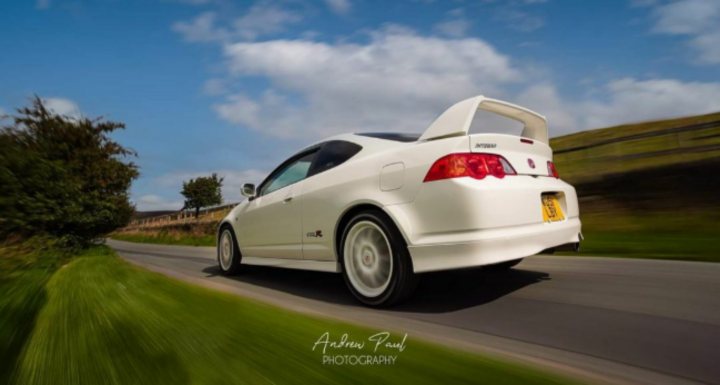 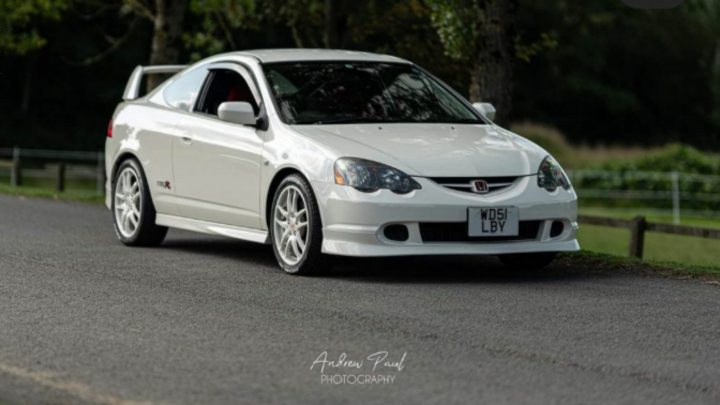 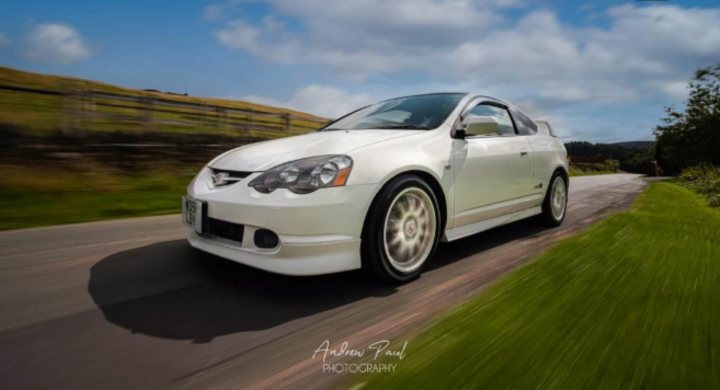 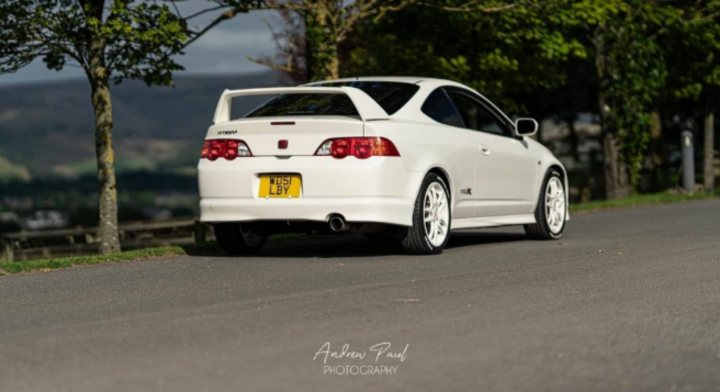 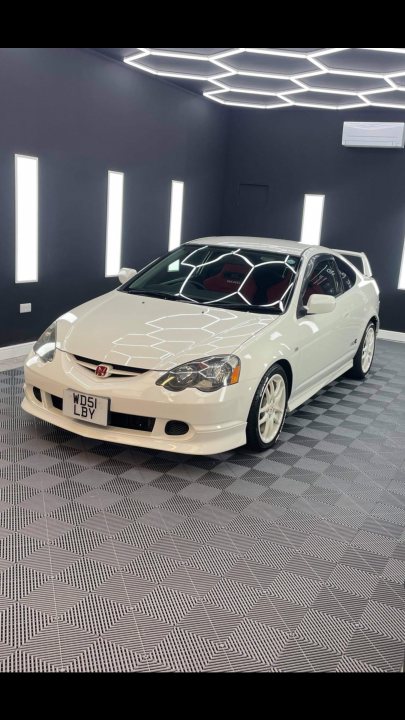 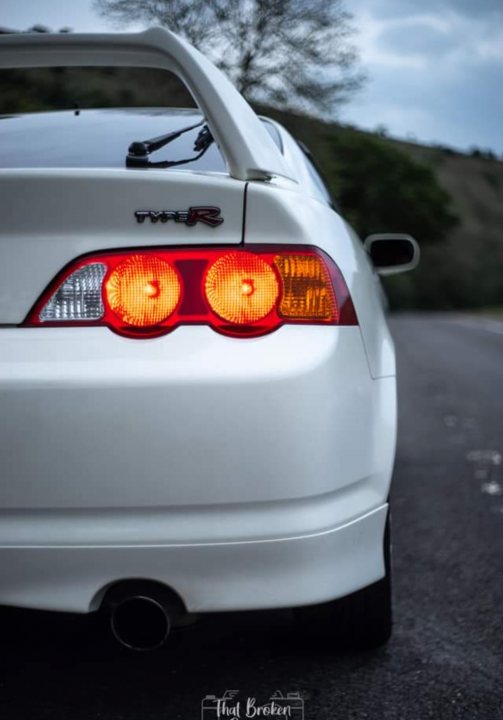 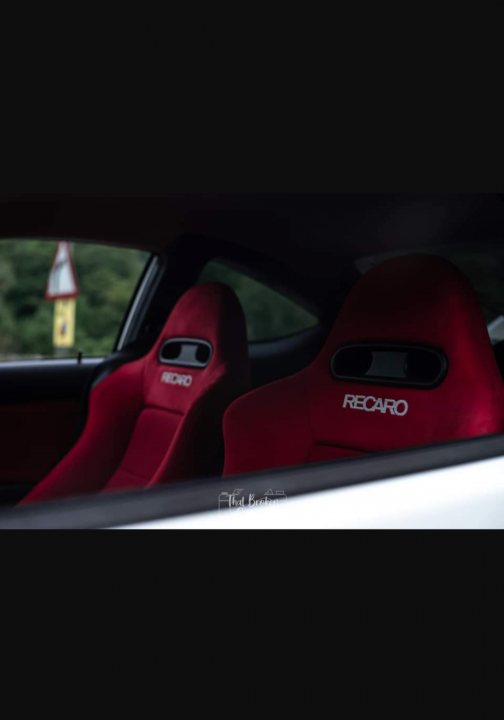 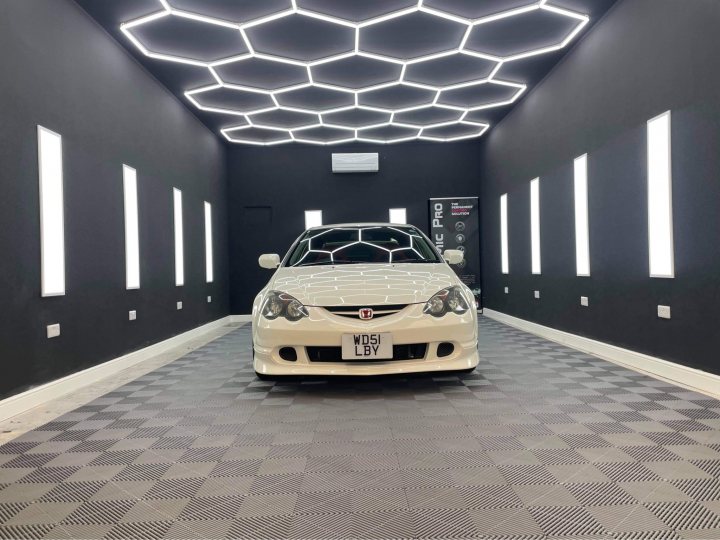 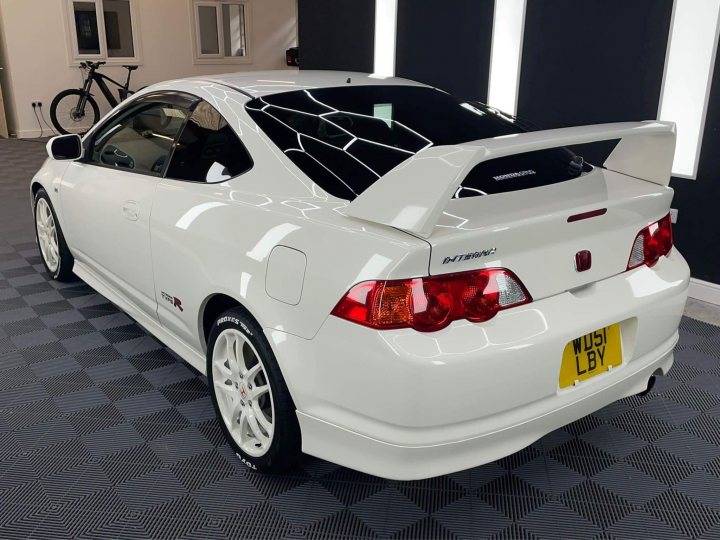 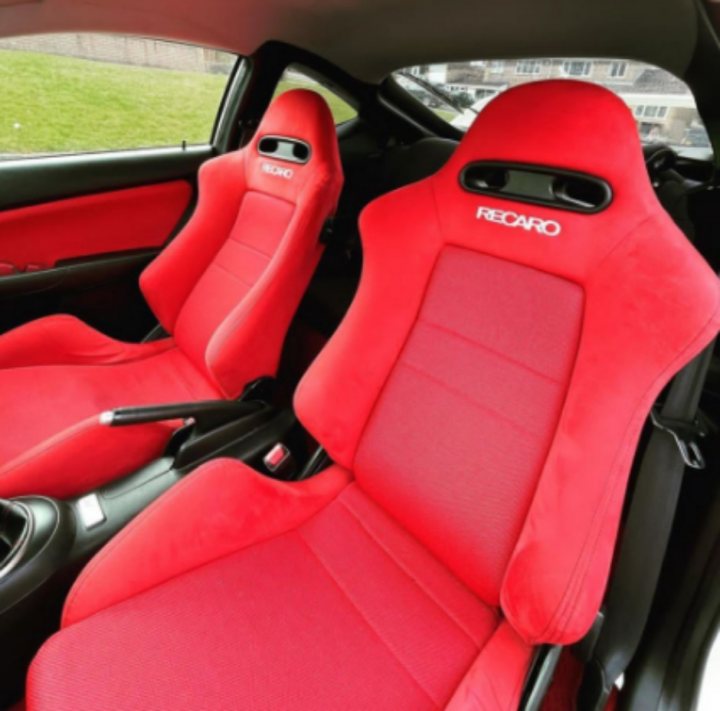 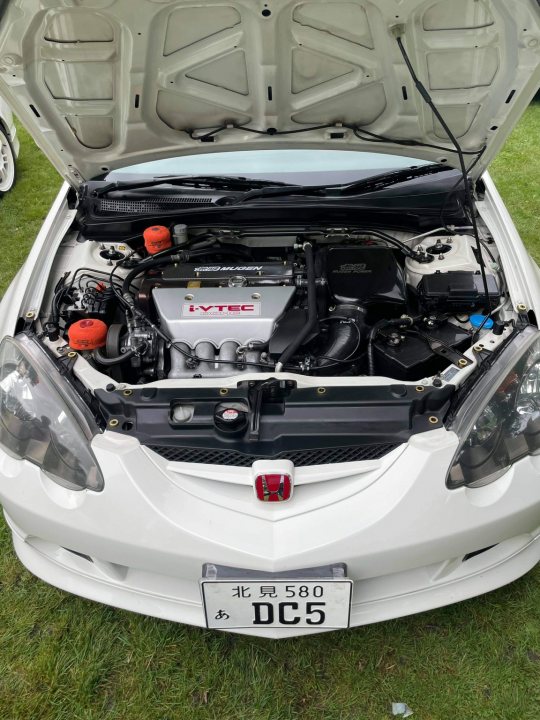 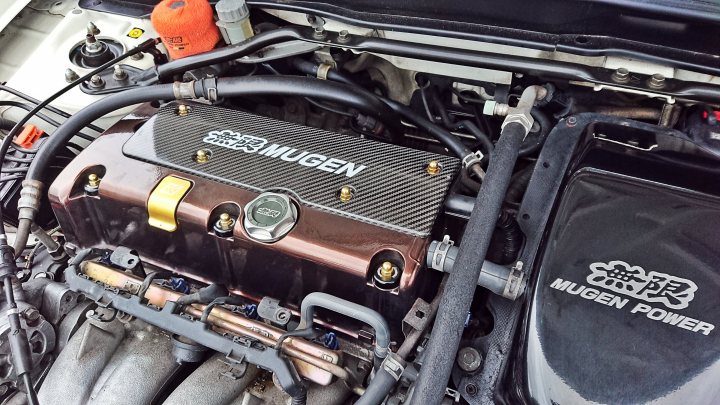 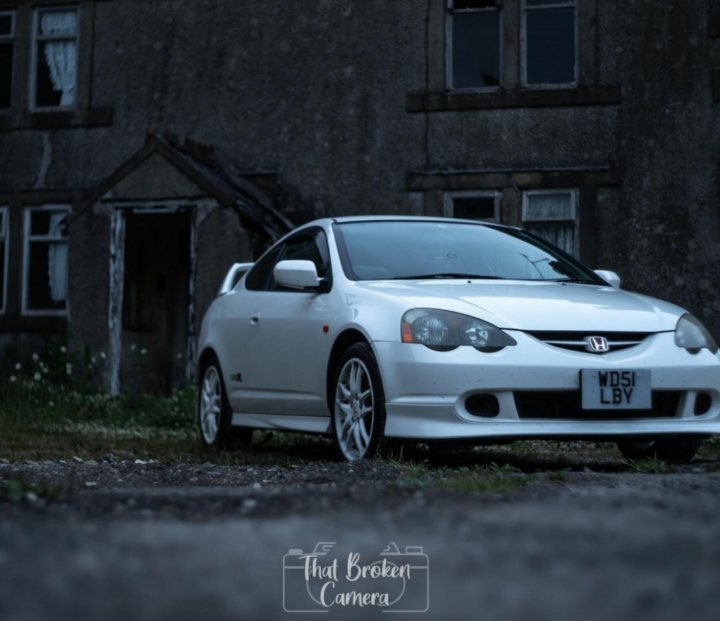 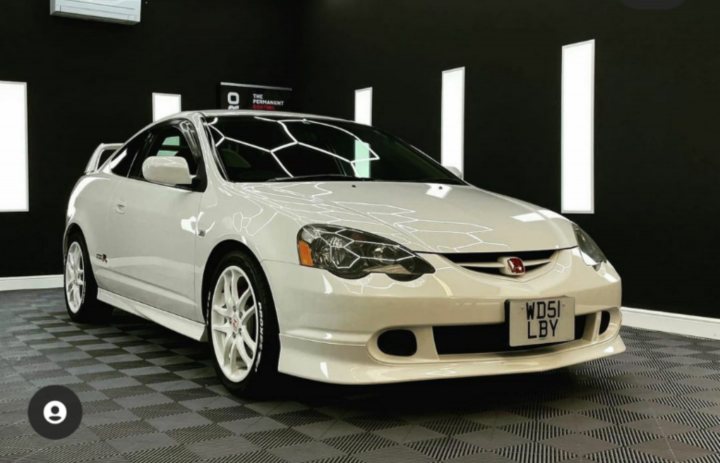 Very nice. I loved my DC5. Probably the best of all Type R’s I’ve owned.

Miss mine, should have never of sold it.

Echoing all the others. I still miss my DC5. Brilliant car

Yes third time lucky with the DC5's. I'm over the moon with it, it feels so analogue compared to modern cars and I'd forgotten what screaming an N/A engine into VTEC felt like! The biggest shock is the steering feel, I wasn't prepared for how old school it felt after being used to the more modern stuff.

In the past I've always had to sell my car to get the next one, but now I can just keep the Teg and enjoy. First mod, treated it to a number plate bulb lens clean and LED bulb. 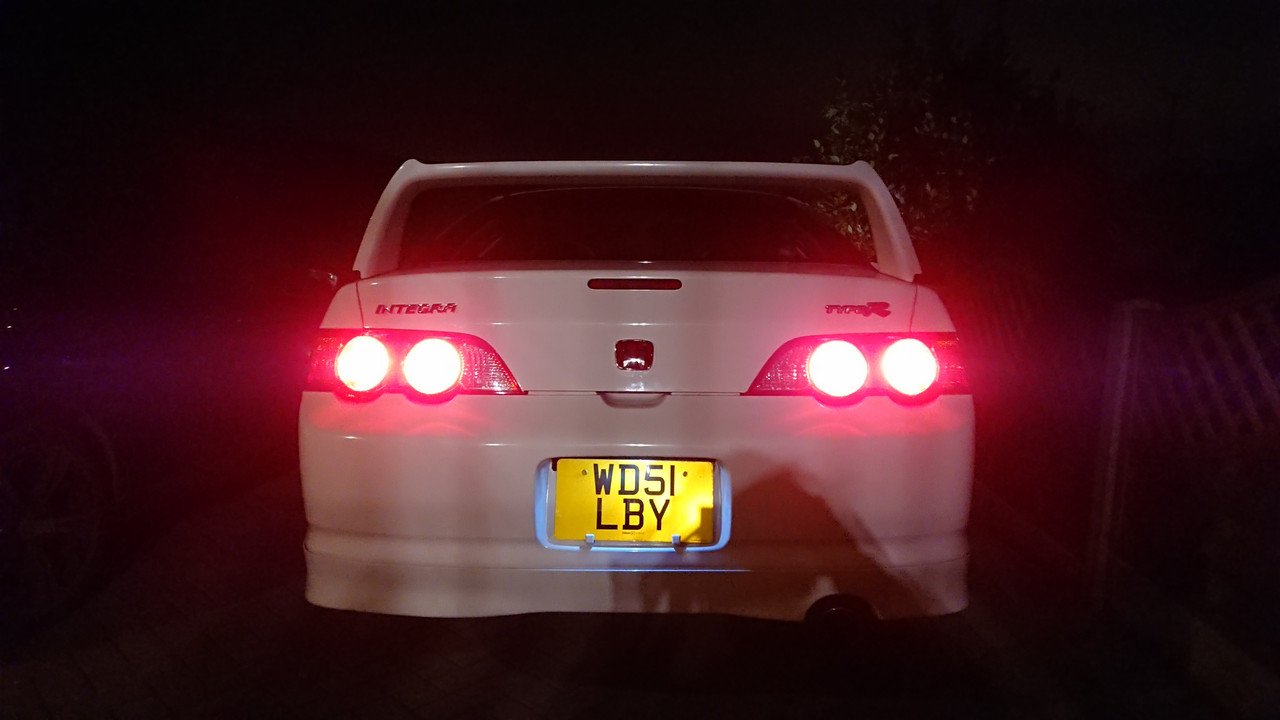 Well I've gone all out with 'Dotty' levels of modifications... 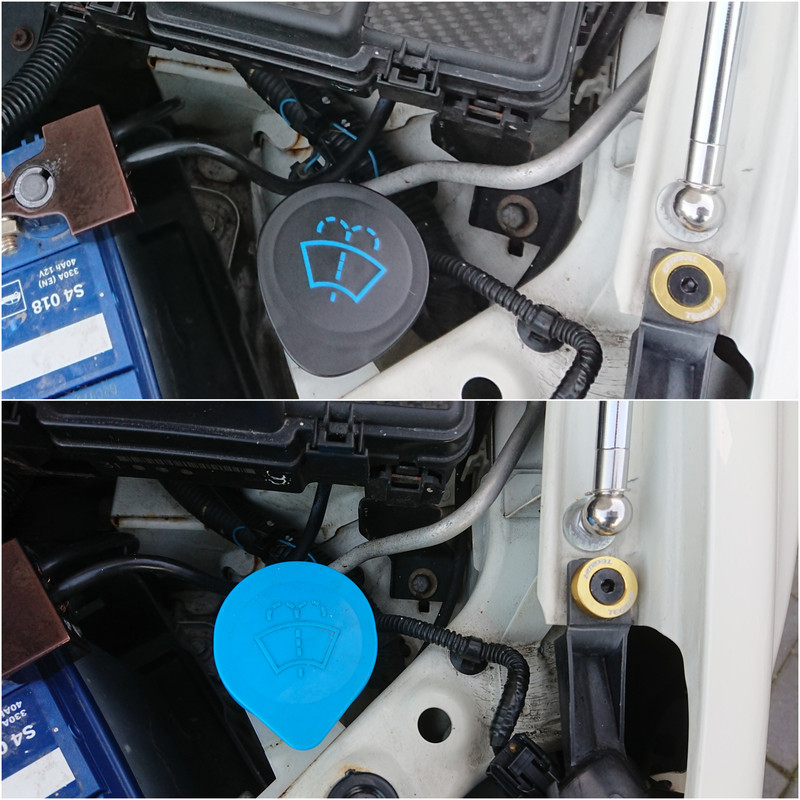 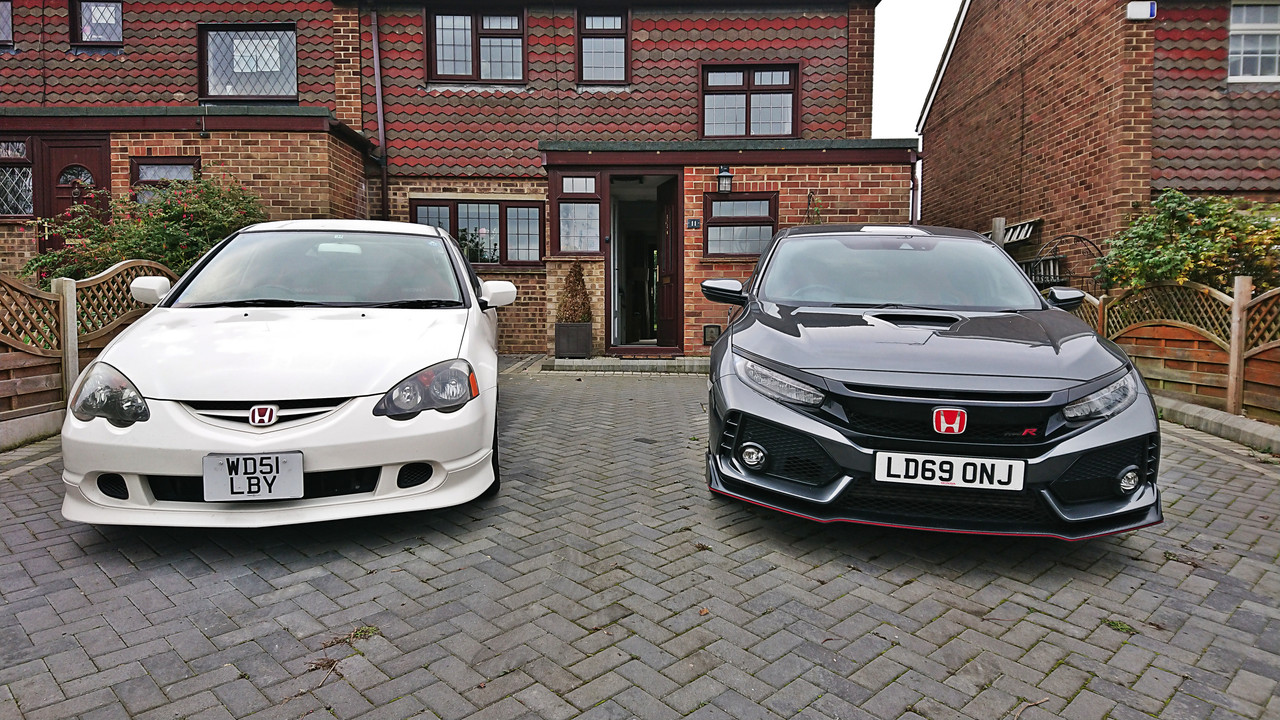 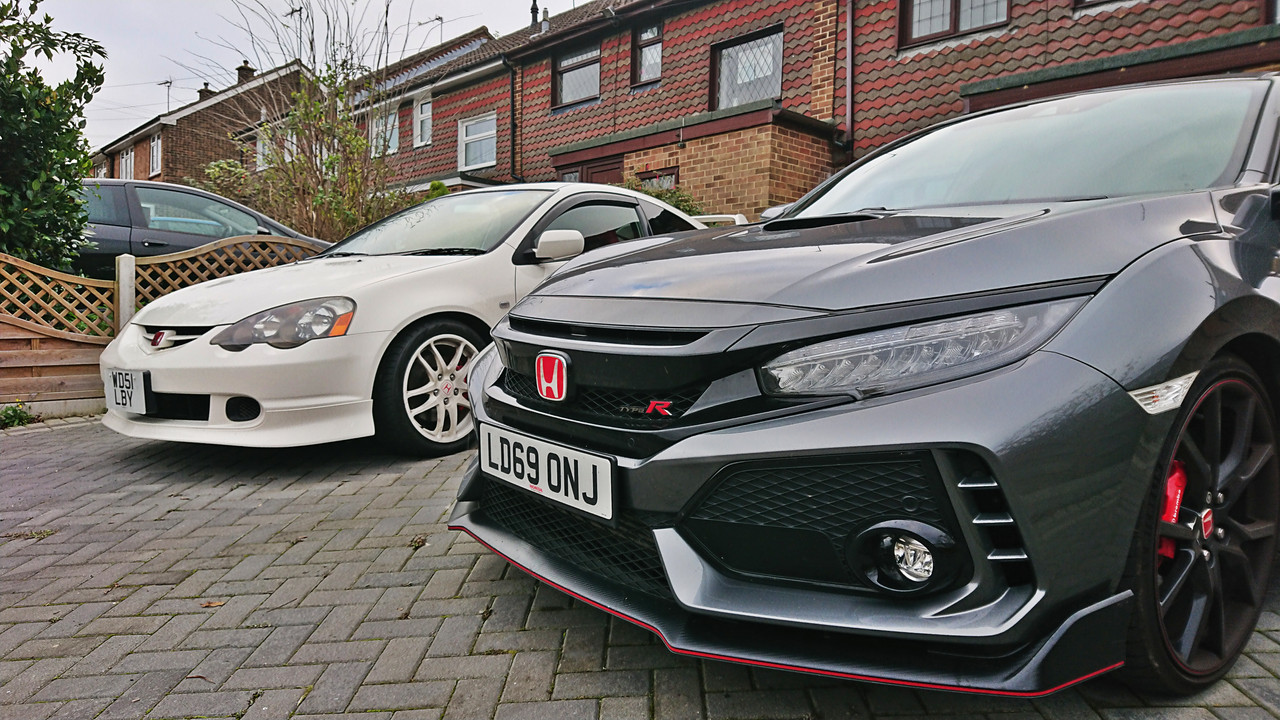 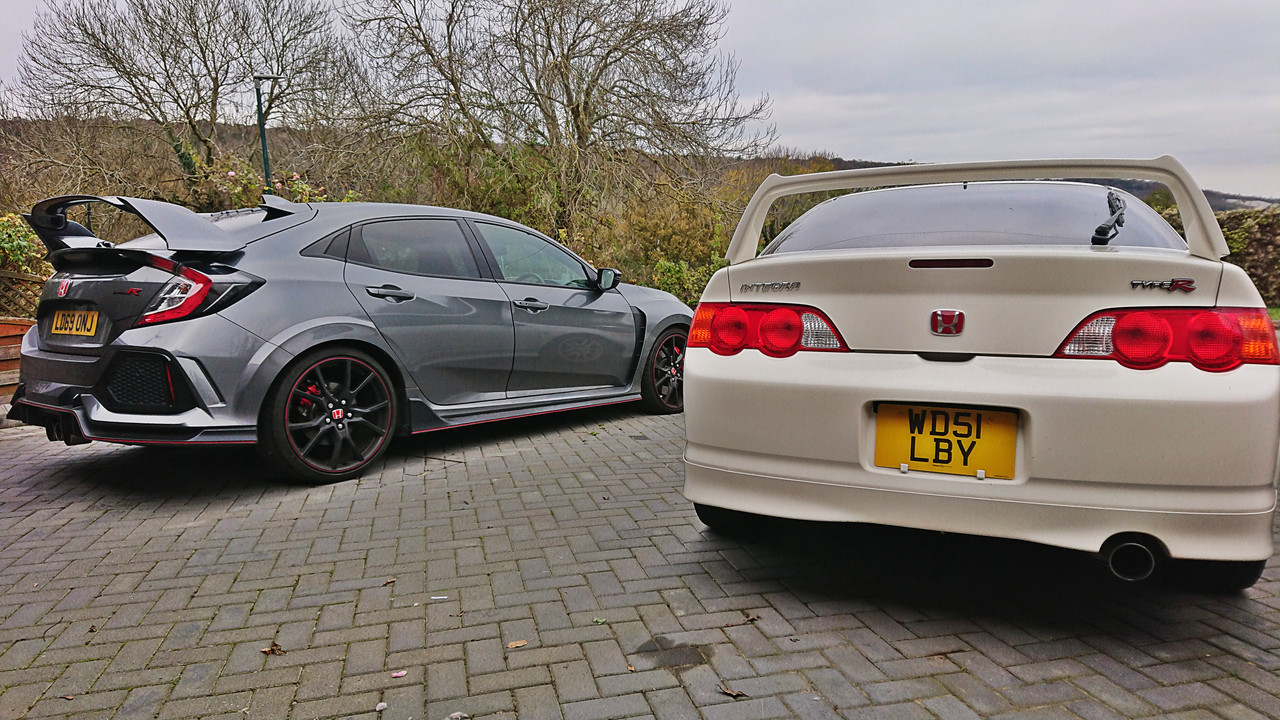 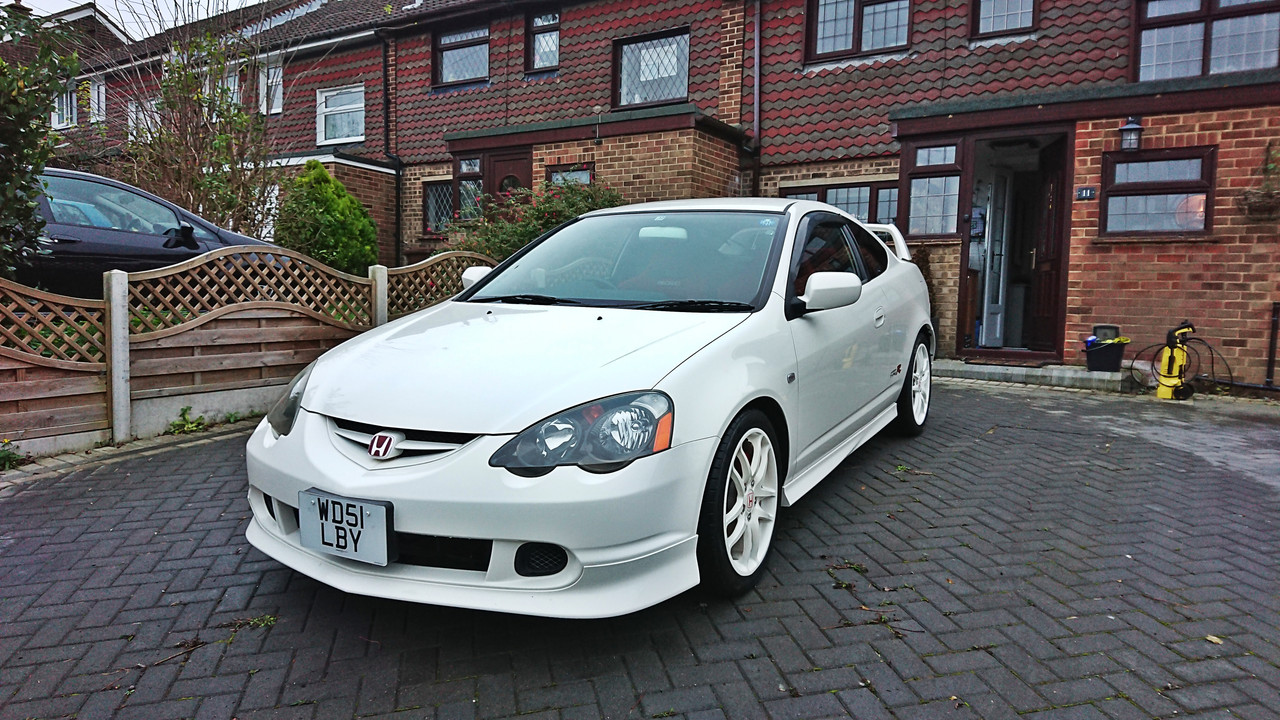 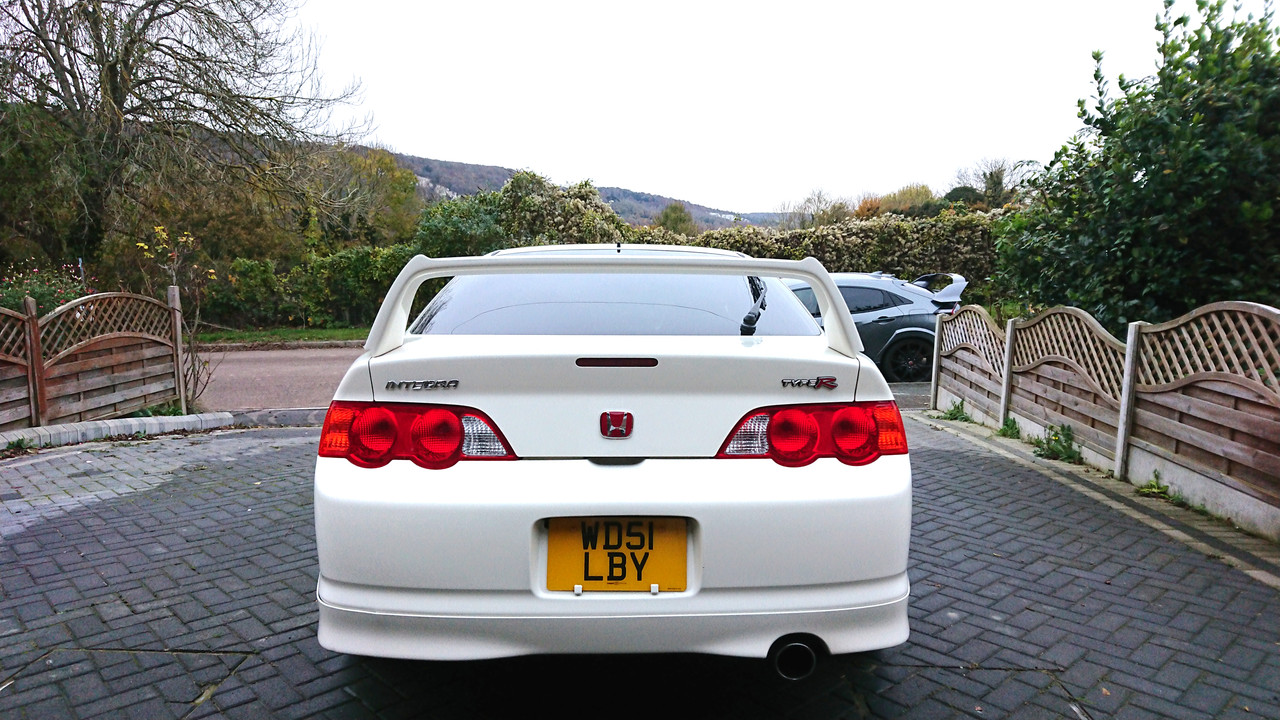 how do you upload a photo

Superb fleet you have there Sir

Very happy for you

Thank you, I could have only dreamed of this a few years ago.

I have replaced the standard 'yellow' sidelight bulbs for some new white LED ones, keeps it looking fresh. 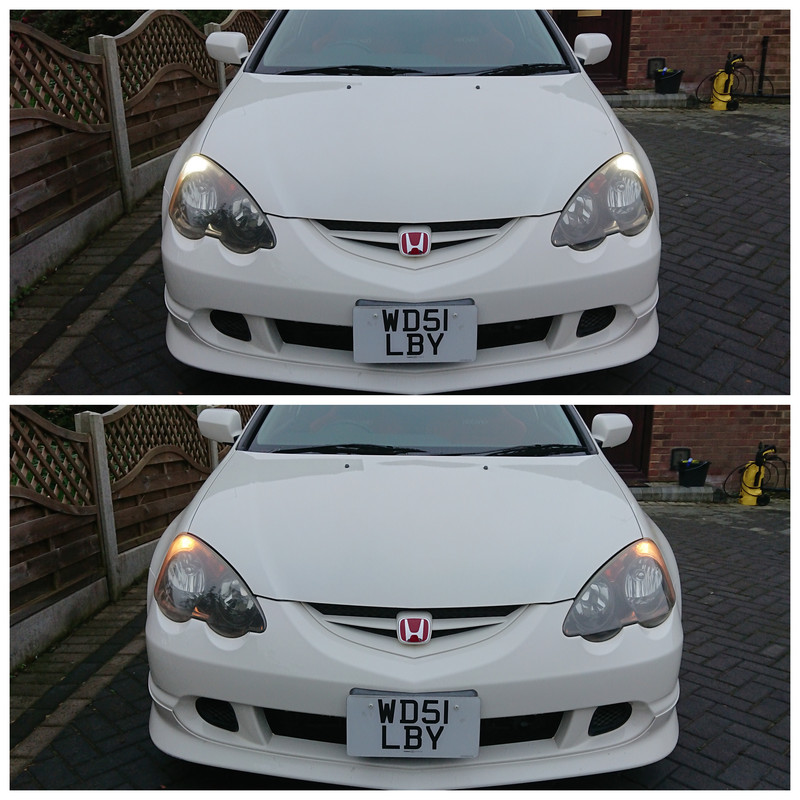