This is how the exhaust valves looked after disassembling the head. This is why you don't mix up the valve stem seals

Some random pictures of the cylinder head being worked on 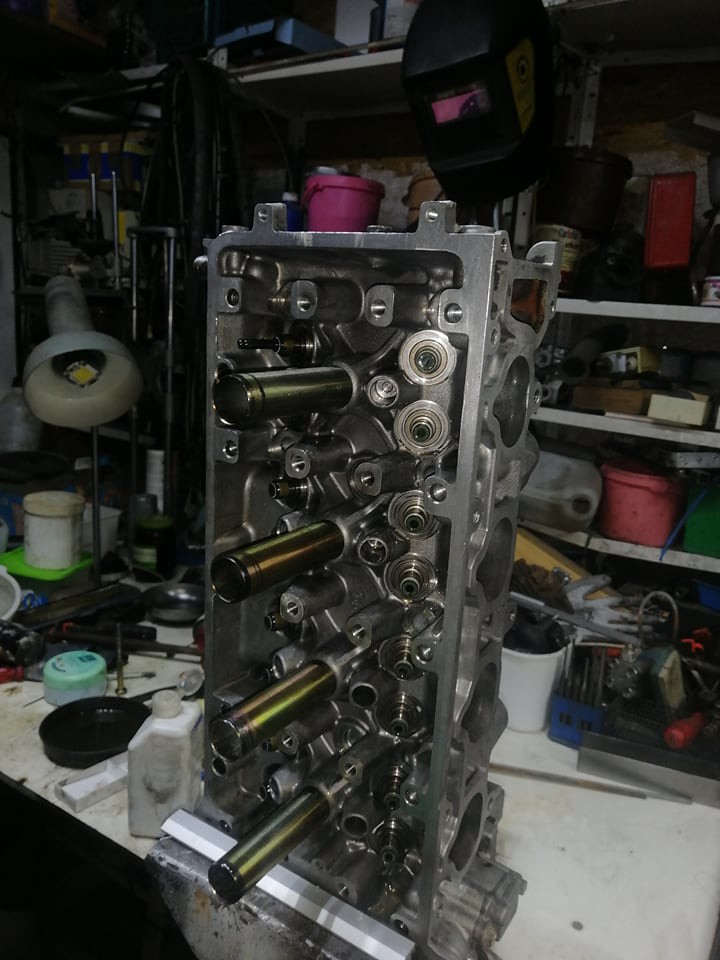 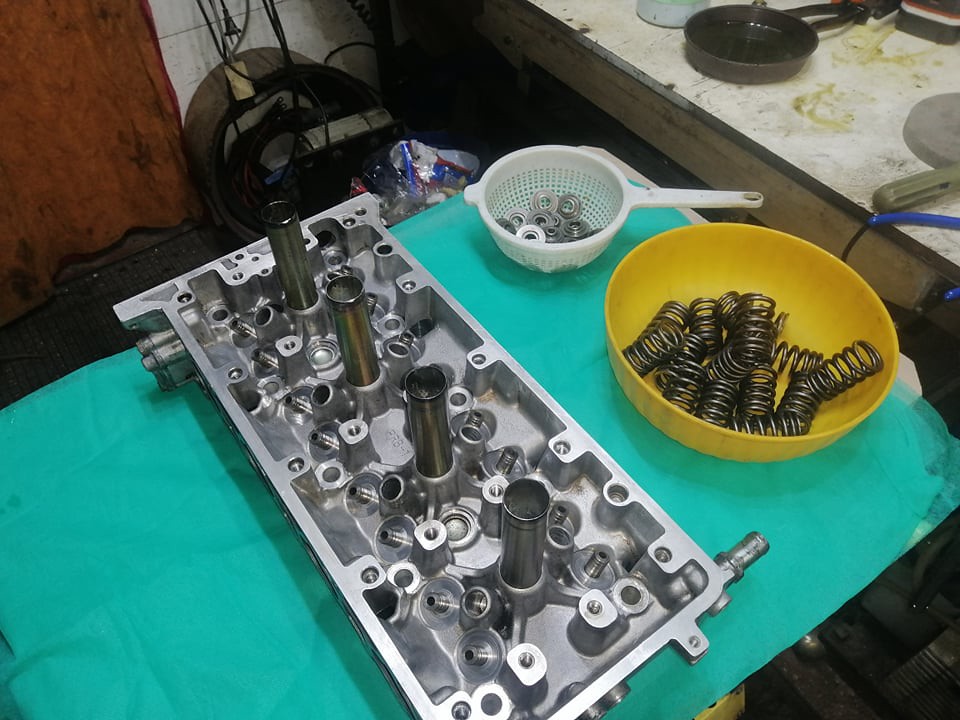 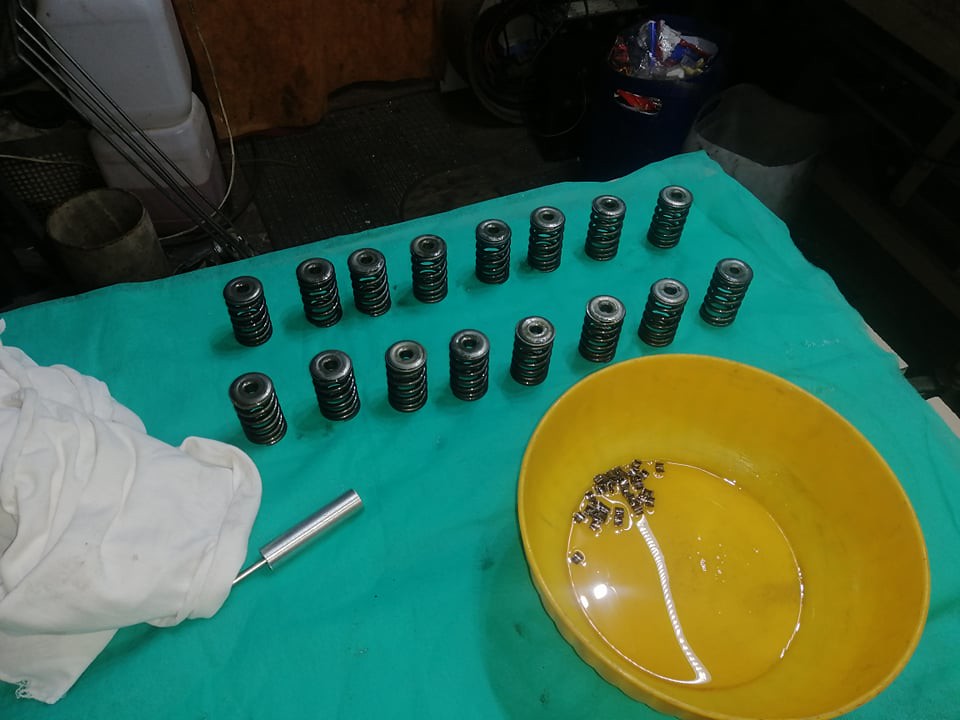 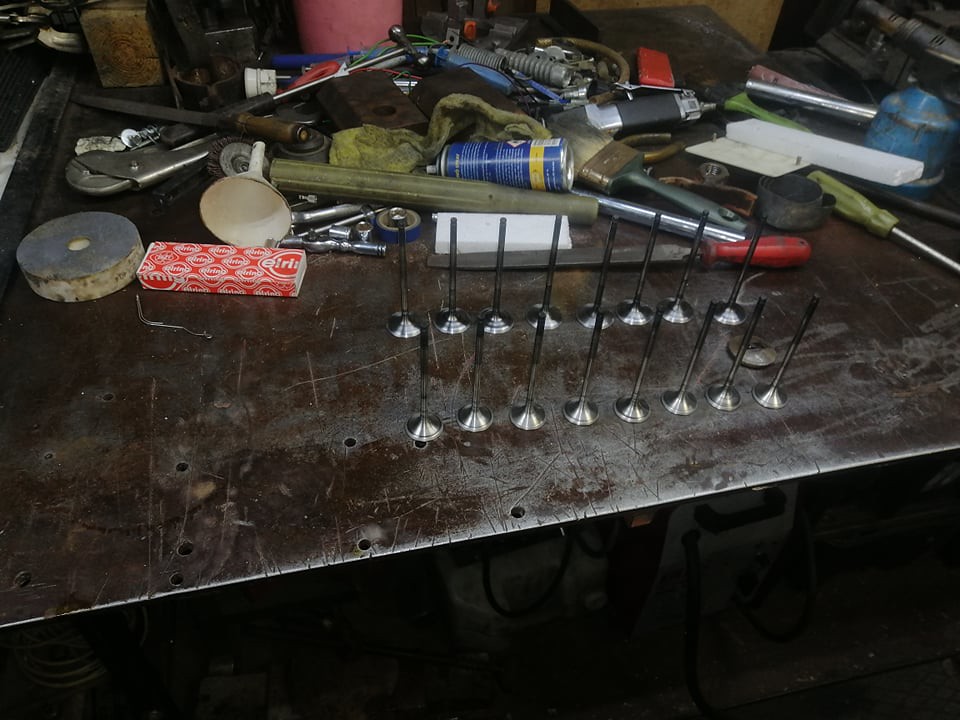 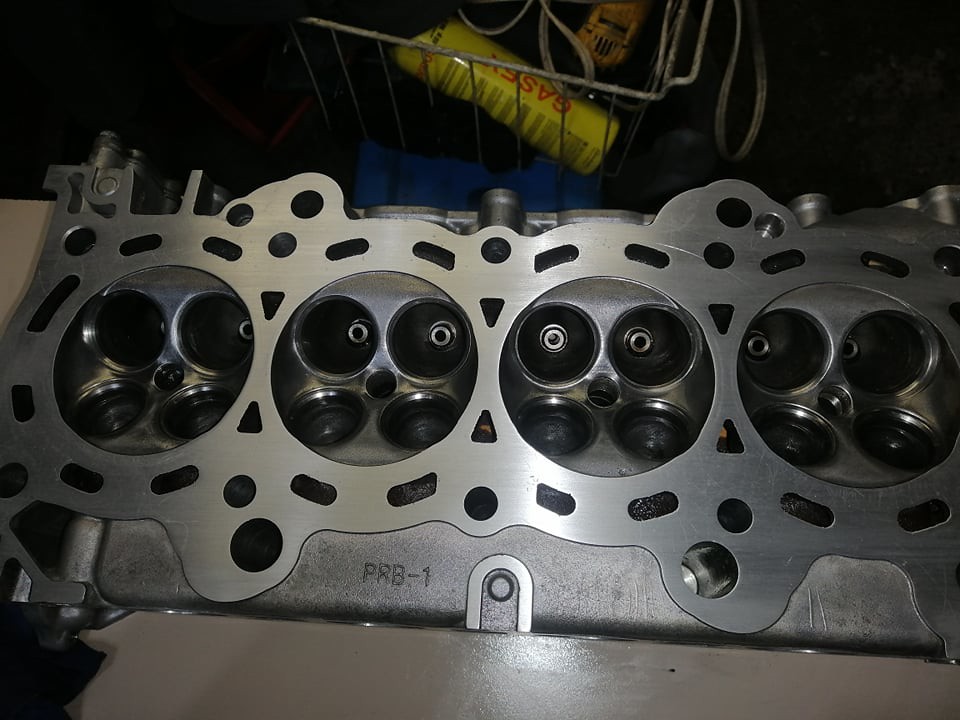 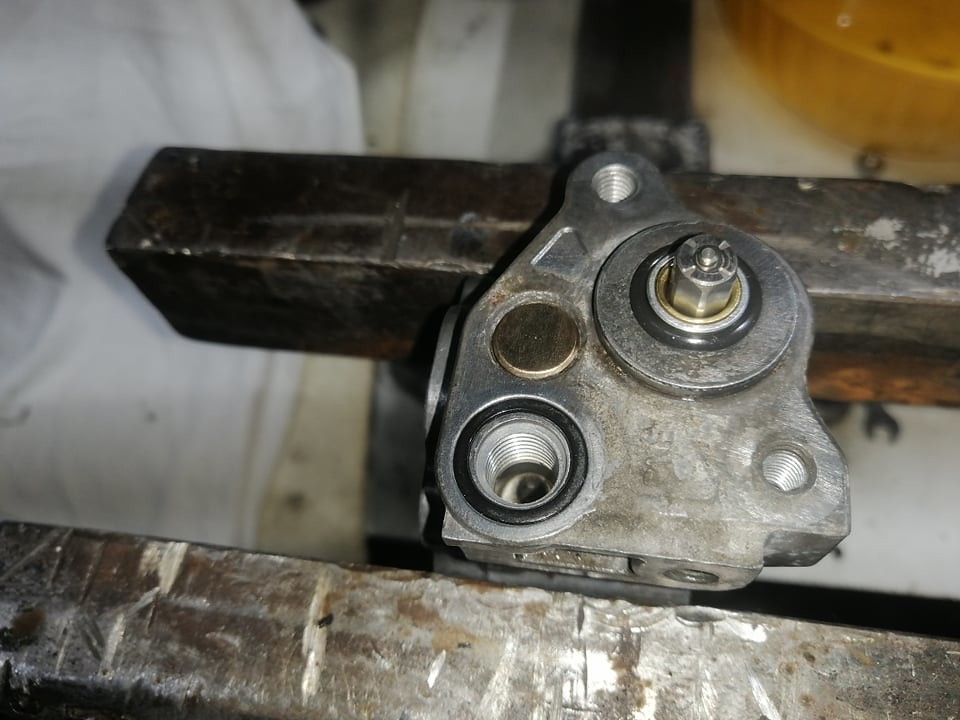 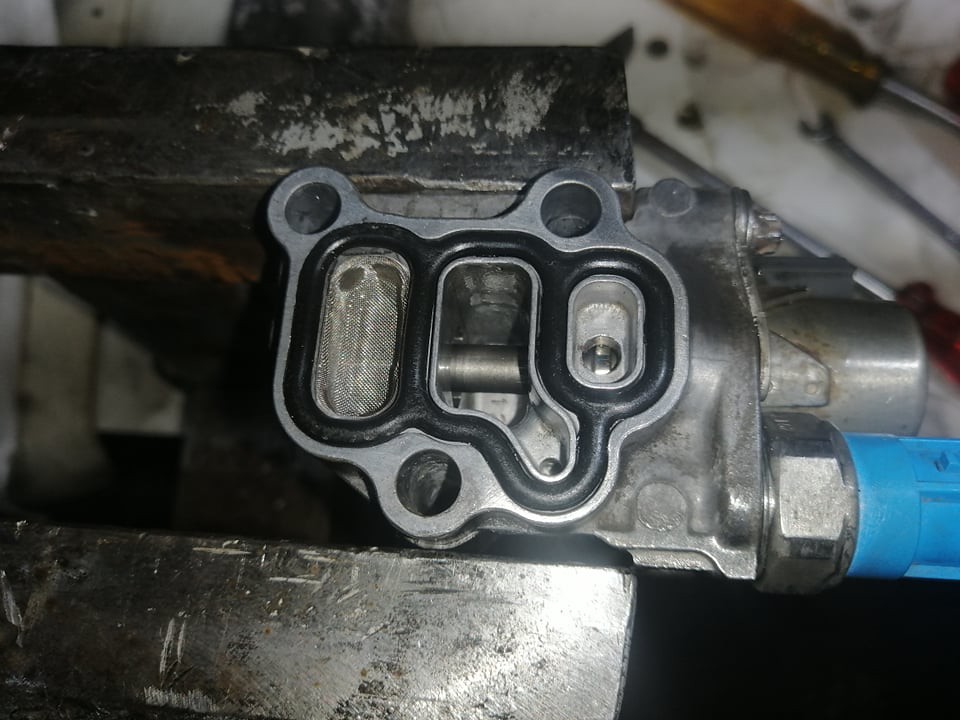 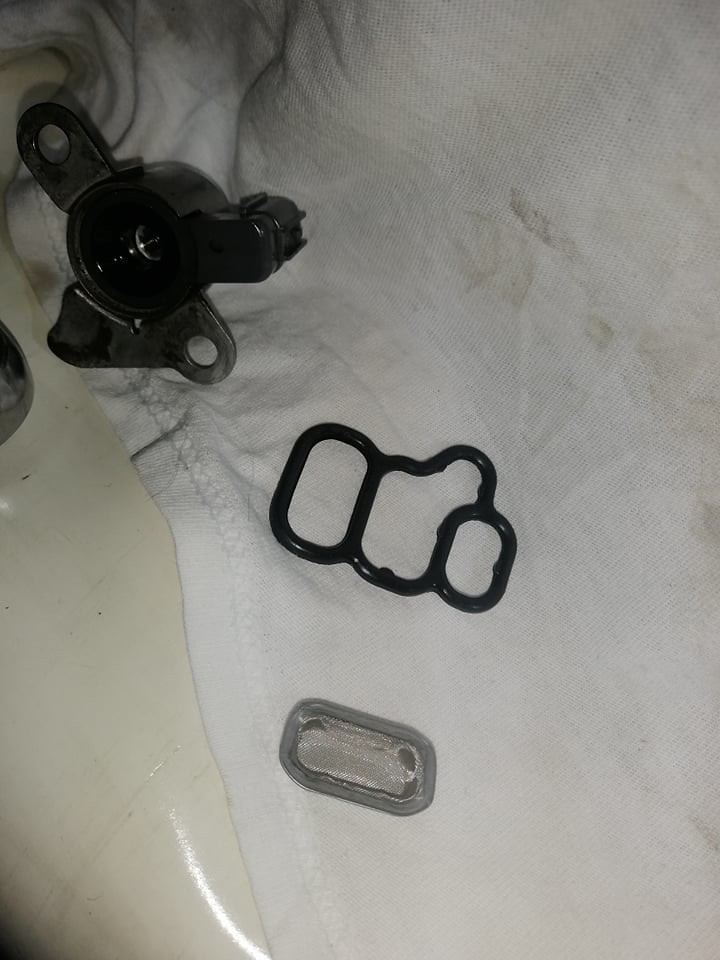 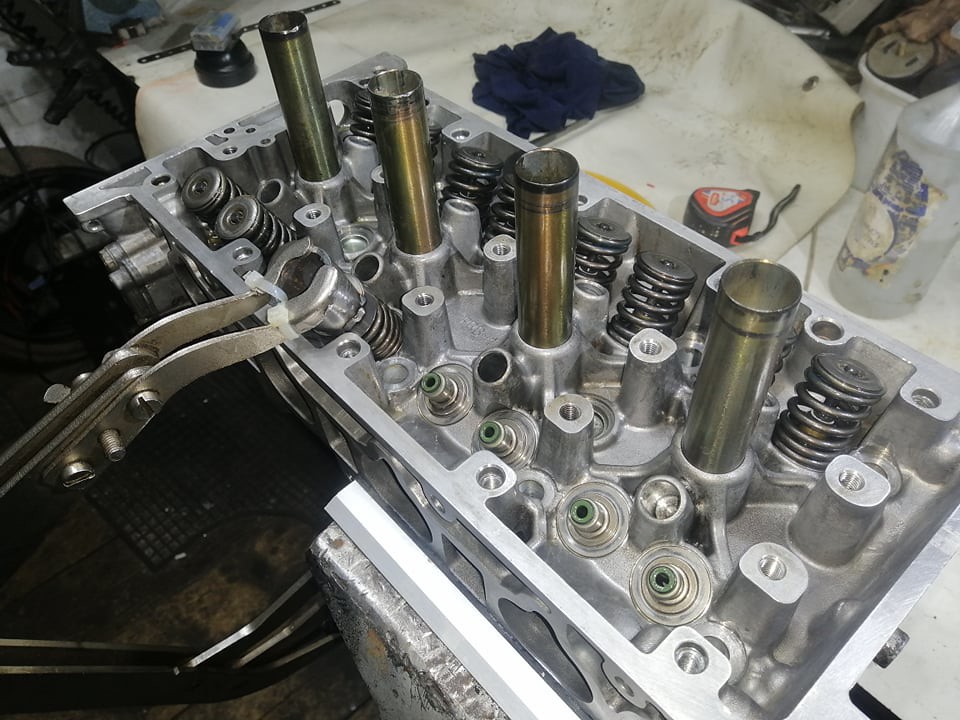 The 1000 km running in period had been done a few days ago, this is how the oil looked like at the end. Hardly a drop was missing, so I think we did a good job. 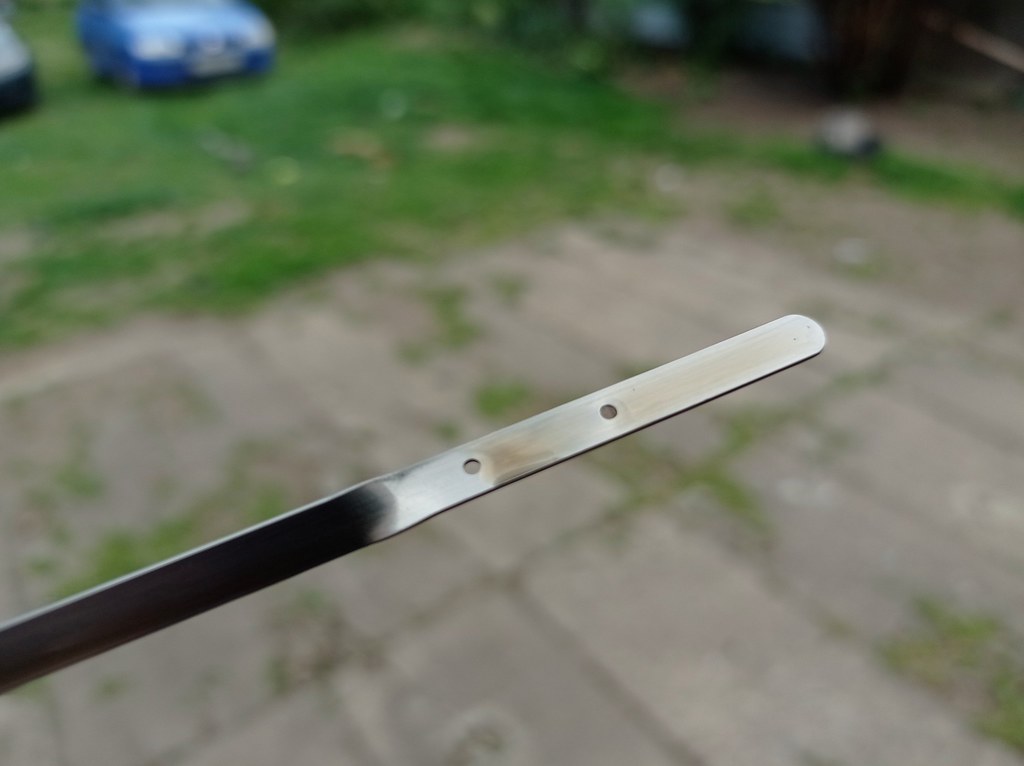 2022-05-16_09-57-58 by Gergő Vitányi, on Flickr
I still need to do the valve clearances, set them up to be the tightest according to the service manual for max power, but I gave her the full beans a few times, she's as powerful as ever, and the engine is still in one piece, so I am very happy. The oil I chose to run the car with is Motul 8100 X-Clean 5W40, a bit on the expensive side, but it should hold up nicely on the road and on the few track days I plan to run every year.
Last edited: May 17, 2022

Glad all is ok with it.

Sent from my LG-M200 using Tapatalk

An issue I found after putting the engine back together was an oil leak. The guy who did the cylinder head put the VTEC valve gasket back in the wrong way, or maybe the gasket failed, so I put in a new one and the leak was gone. I had to do this before the first track day of the year. 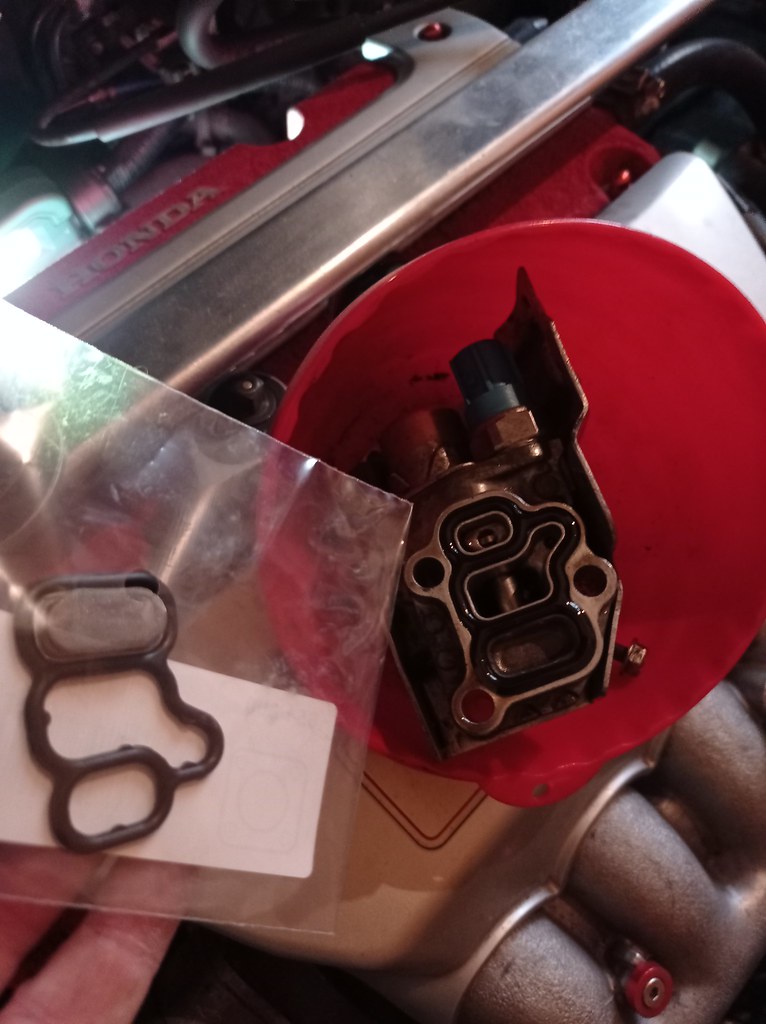 I hadn't booked a place for this particular trackday, but so many people prepayed and missed out, that the occasion had quite a few spots freed up, so I thought I'd give it a go. It is a very tiny track called M-ring, it's quite new. I was sixth in the FWD category, and everything ahead of me was either a seriously modified car, or something 5 times the value. NS2Rs held up ok, but I think I will need to look into even stickier tyres. Possibly not full slicks, becasue then I would have to polibush the entire car, and I don't really want to do that, because I still run her more on the streets. I'm thinking a second set of wheels, and a set of Nankang AR1 semi slicks, or maybe Toyo R888s, we will see. A suspension upgrade is still planned, it's just a metter of when. Anyway, we enjoyed the day a lot, great crew, great cars 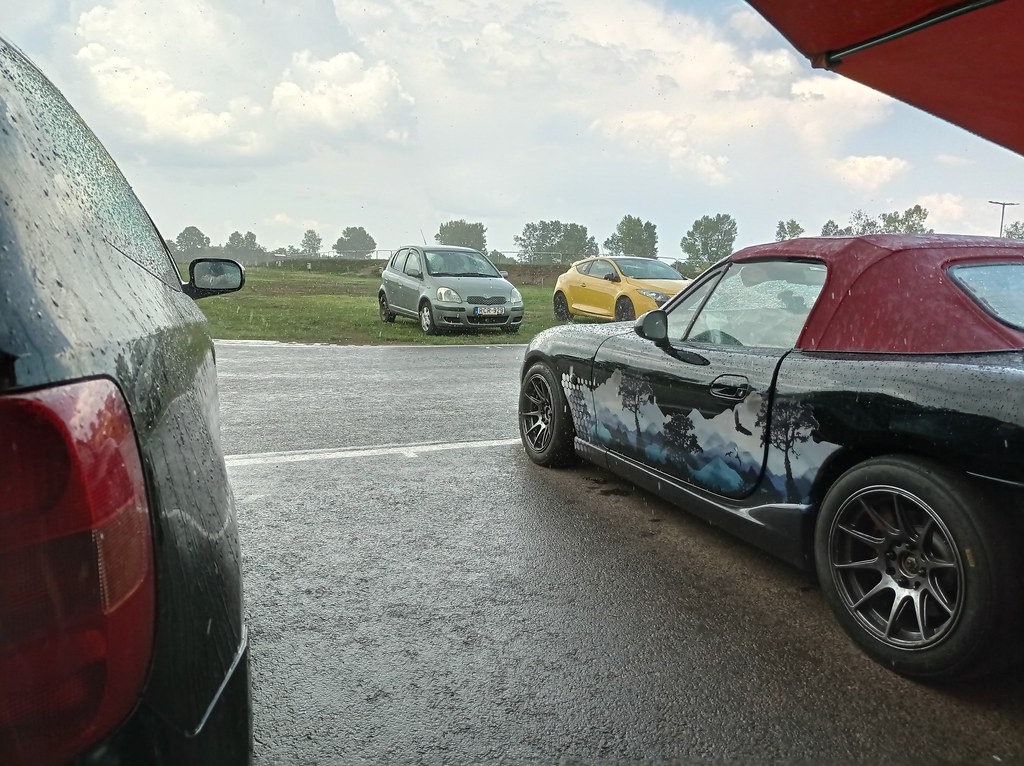 Another upgrade I will probably do is an oil cooler kit along with an oil temp gauge. We did the MOT today, so we're good for another 2 years I have no oil temperature gauge, but the guy, who did the MOT told me, that his machine showed 113 celsius for the oil, which is quite high, considering I was stuck behind a bus for 10 km before I reached the place, and the car was only idling for a few minutes. Of course, I don't know the exact reading, it was just a machine, that got the data from wherever, but I always thought K20s ran a bit hot, so an oil cooler should be a good idea. The high temps would explain the oil comsumption I had on track, and driving to and from the track on the motorway. It wasn't much, but during the running in period it was close to 0, so I'm concerned a bit. Track use and hard road use in the summer might overstep the limits of 5W40, so I am thinking about going 5W50, but if I put in an oil cooler, 5W40 should be just perfect.

In the end, with the MOT done, the engine done, and a trackday behind me, I am feeling really really good about the Civic. I've done many things I could only plan for a long while, because life happened. But her being in top condition now, and having gotten the best job opportunity a few days ago, that I've ever had by a mile, I think things are finally making a turn for the better, after almost 3 years in the ditch. Yes, I know I'm getting sentimental, but it's been a long time coming for these words. Full of smiles, full of plans, I'd like to continue now in the way I began before the hard times hit.
Last edited: Jun 16, 2022

Best pic from the trackday. We had a brief shower, and I thought I'd slide around a bit in the wet, it is great fun! 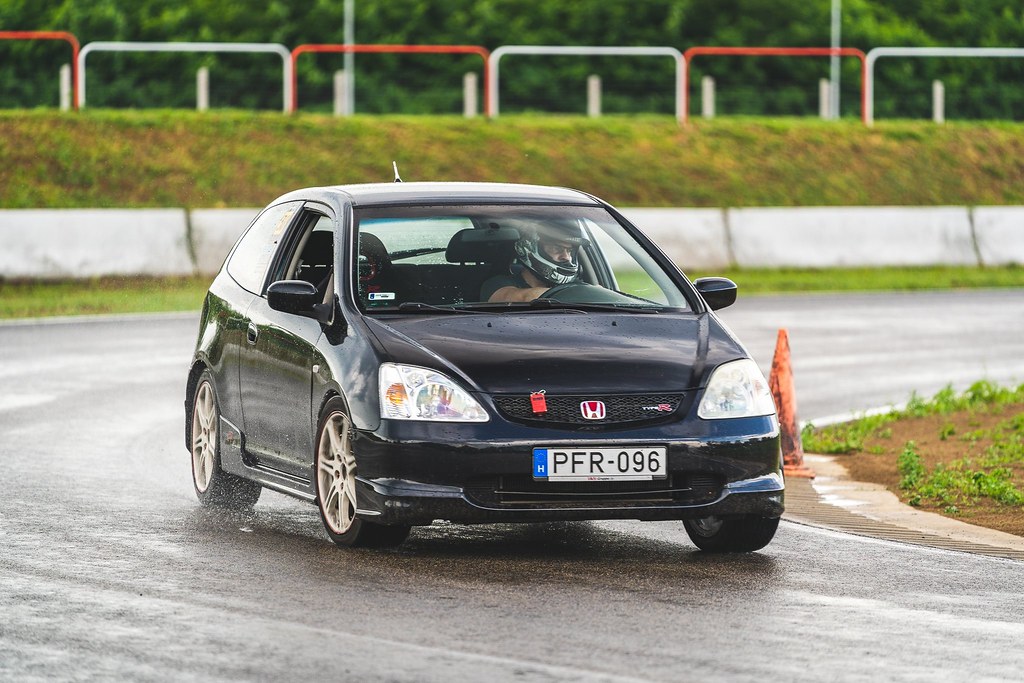 Nice updates. Oil coolers should only be necessary on boosted cars, otherwise they can keep the oil too cool.

Chris. said:
Nice updates. Oil coolers should only be necessary on boosted cars, otherwise they can keep the oil too cool.
Click to expand...

Yeah, after doing some reading, I found out, that the oil should not be too cool either, because sulfur and other contaminants will not burn away, and water will have an easier time staying in the engine as well, so an oil temp of 100 C is recommended as minimum. Otherwise, the oil will build up acidity and that can cause excess wear on the engine. This is where the old wisdom comes in, that I would rather buy a car with 150k motorway miles, than one with 50k city miles. It just bothers me, that after the engine refurb, and next to no consumption on the road, I am still losing a bit of oil on the track. Yes, I know, that VTEC engines do like to burn away some oil at full beans, and maybe it should be like this, but I really do have PTSD about oil consumption And this was only a tiny track, I don't know what will happen, when I take her to the Hungaroring for a few 20 minute stints in the middle of the summer.

I'm sure I'm overreacting a bit, but next year I will probably try out Mobil's Rally Formula 5W50, just to see how it holds up.
You must log in or register to reply here.
Share:
Link
Top