So recently purchased a 03 EP3 as a bit of a daily while my main toy (a modified Roush Mustang) is having work carried out. Was looking for something with relatively low mileage, and original so when i spotted this i jumped for it.

Initially thought i'd paid around £500 too much, but wasn't overly bothered at the time. Fast forward a month, and since found out it's a Cat N. I stupidly forgot to do the full checks!! I'm 38, and have owned close to 40 cars, and this is the ONLY time i've forgotten so to say im kicking myself is an understatement. There was no mention in the advert, or in numerous messages/chats with the previous owner which i find more than a little "snakey". Messaged him politely pointing out he'd not mentioned, and that i hoped to resolve amicably, but was promptly blocked....hey ho lesson learnt.

Anyway i've had her a short time now, and had the damage repaired. It was cosmetic damage to the passenger side (see pics below).

Wanted to start this thread mainly to log my progress going forward, but is only while the 'stang is being worked on so not sure how far i'll go...

Here she is when i first got back: 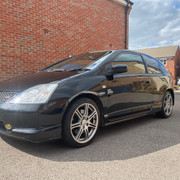 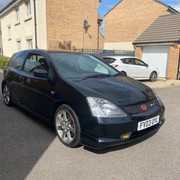 Here's the cat N damage before: 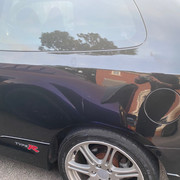 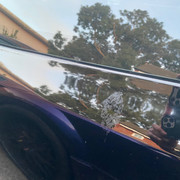 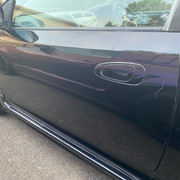 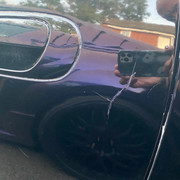 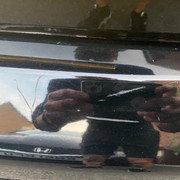 And here's before/after of the refurbed wheels & calipers.

Yes i know not to everyone's taste, but wanted something a little different. 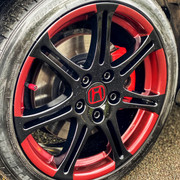 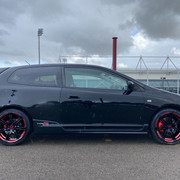 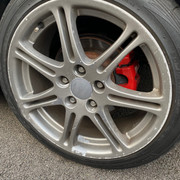 Had her up on the ramp to check rust, and fortunately only surface. 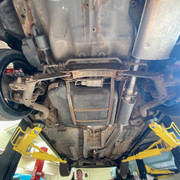 Next up was treat the surface rust on the rear arches. 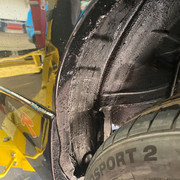 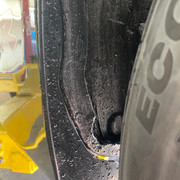 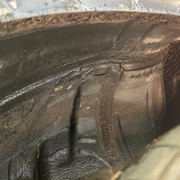 Installed a double din, and then thought i'd take a look behind rear speakers...almost had a heart attack when i did, but again thankfully surface rust so started tackling that.

Decided to stay clear of rust converter, and opted to wire brush it, then jenolite rust remover, prior to prime and paint. Going to take a load more work (and smashed knuckles), but worth the effort i think. 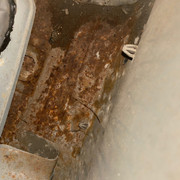 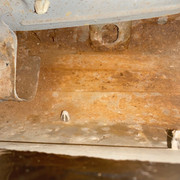 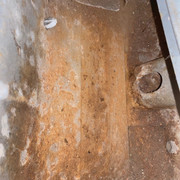 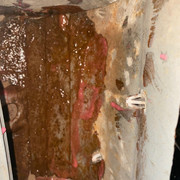 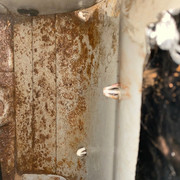 Anyway that's me up to speed so far. Plans going forward are:

1. Keep grafting on the rear speaker rust.
2. Sports cat has died so decat next week.
3. Booked in with Honda HQ start of Nov for major service & excedy clutch as slipping. The previous owner was a Honda mechanic, and insisted was serviced by himself regularly, but given the circumstances i don't trust a word he's said, and want to make sure all ok.

Great way to document the changes, and for us to see what you have done to remedy them, but regarding checking it out, these things happen, more as we get older
T

Cheers buddy. Got a fair amount of stick on the FB page ha ha
T

I’m still kicking myself for forgetting, I’m putting it down to old age

More pics of the Roush too please! Looks sweet in the reflection pics

Those wheels will certainly split opinion.

Can see you’ve spent some time on this car already. Re. The rust have a look at POR15. They do a little kit for tackling rust and it’s excellent. The paint is great for sealing areas unseen such as behind bumpers etc. It’s marine grade so very good in tackling rust. I used a fair bit on a previous DC5 and would highly recommend
T

More pics of the Roush too please! Looks sweet in the reflection pics
Click to expand... 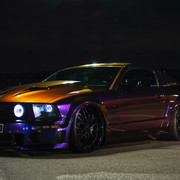 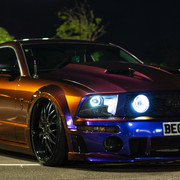 davidpingu said:
Can see you’ve spent some time on this car already. Re. The rust have a look at POR15. They do a little kit for tackling rust and it’s excellent. The paint is great for sealing areas unseen such as behind bumpers etc. It’s marine grade so very good in tackling rust. I used a fair bit on a previous DC5 and would highly recommend
Click to expand...

Yea not sure i'll have it long as just to tide me over while the Mustang is getting fettled with, but wanted to get it all sorted either way pal. I tried POR15 years ago, and wasn't a fan tbh. If this jenolite stuff doesn't pan out may well give another try though, cheers for the recommendation.

Ordered more gel, some jenolite rust removal spray to hit those awkward spots, and then set to work. Bit annoyed couldn't remove all the pitting, but spent a good few hours (and scraped knuckles/arms) with the wire brush doing the best i could.

Primed, and then painted with Hammerite rust paint. 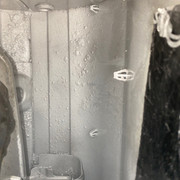 Looks great, I’m not keen on the por15 or epoxy mastic products, I think your better off with good old fashion products like hammerite and waxoyl and recently used Bilt hammer s15 underbody wax.
You must log in or register to reply here.
Share:
Link
Top