Sent from my iPhone using Tapatalk

Simon, you plan on racing it or just tracking it ?

nosman said:
Simon, you plan on racing it or just tracking it ?
Click to expand...

Just tracking it for now, don't think it will require too much else if we decide to use it for racing.

Not much needed except, roll cage, electrical cut off , fire Ext etc . A plated diff is a great addition though.

nosman said:
Not much needed except, roll cage, electrical cut off , fire Ext etc . A plated diff is a great addition though.
Click to expand...

Will probably do a battery relocation and cut off over winter, although next on the list is radiator and slimline fan with silicon hose kit. As the one currently on has seen better days.

All set for Cadwell

Nice
I literally work 10mins down the road in Horncastle, I will keep my eye out for you when I leave work tonight.

Nice day for it, Enjoy

Well a mixed bag from yesterday's shake down track day.
After a few gentle laps to make sure nothing leaked or fell off, we then started to push a little.
Gear selection into 3rd and 5th was very vague on the hybrid racing shifter, which Danny from DH Racing had warned us about. It just didn't have that click so you knew it was in gear. 2nd,4th and 6th no issues at all. There was a few missed shifts during the day especially when trying to pass. Ultimately we decided to end our day early afternoon as we didn't want to do any damage and to be honest it was so frustrating. Also another issue contributed to this read on.
There was scrubbing of tyres on arches which was resolved with a hammer.
Which solved the scrubbing 95%.
Went out again pushing a bit harder, noticed it felt underpowered especially down start/finish and park straight.
Vtec was not engaging we had been running on low cam all the time.
We suspect the vtec solenoid and this will be looked at when it goes in to get gearbox oil dropped.
However not all bad news the handling is fantastic along with the outstanding brakes, there was very few cars that passed us while out on track.
Which bodes well when we will have full power back.
Thanks Simon

I have the hybrid shifter and cables. Shift is incredibly short but very precise. Certainly not asking for a mishap when shifting at all. Did you try adjusting the throw at all?

That's a shame about running with no vtaks! But, once resolved will make it a much better drive on the next outing!

Sent from my HD1913 using Tapatalk

Yeah I would change the adjustment first and try it again.

I know you were looking at changing back to OEM but if this was set up right, it would be a great addition

Had a look and the adjustment is shown on the side, so just need to make it a little longer I reckon.

As I fitted it as it was until it was used properly and not sat on the drive.

Sent from my iPad using Tapatalk

I've read so many bad experiences of the replacement shifters, I've been warned about them as well by Performance Autoworks so I'm keeping stock on mine.

Chris. said:
I've read so many bad experiences of the replacement shifters, I've been warned about them as well by Performance Autoworks so I'm keeping stock on mine.
Click to expand...

I think we will end up doing the same Chris, trouble is we cant find a new one and a used one is going to be a lottery.

Some photos that Carl took at Cadwell. He maybe along with some others. We did put his go pro in the car so there maybe a video albeit with no vtec noise.

Cars booked in beginning of November to be looked at, and back at Cadwell on the 30th November. 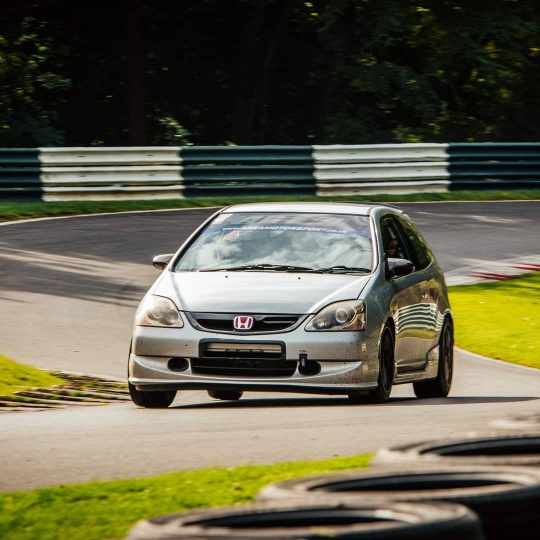 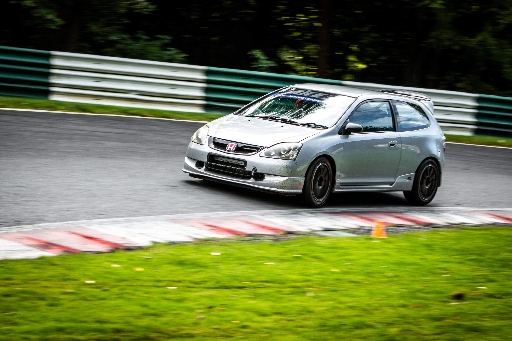 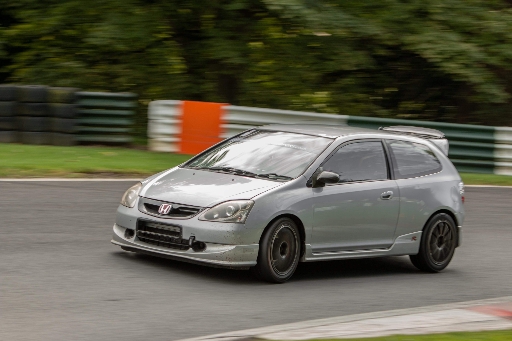 Thought i would update this thread since Cadwell.
Had a new VTEC solenoid fitted which cured the no vtec issue and replaced the hybrid shifter with a standard one also replaced shifter cables as one had a slight kink in it, which probably was the cause of the gear change issues but the standard shifter is working great.
Another shakedown track day was booked in at Mallory in December which brought up another couple of issues. EML kept flashing and the car was very noisy. It was a very wet day and i think the noise was caused by water evaporating off the hot exhaust and between the floor and also a large ish rubber grommet had come out on the floor under the dash. We have not had the noise since.

Got the car back into DH Racing and the wiring from 02 sensor was dodgy so that was EML sorted.
Booked 6 track days on boxing day then LOCKDOWN came .
So fast forward to April and were back at Cadwell.

Hoping for a trouble free day!! and it was to a certain degree.
We noticed after 2 or 3 outings that the steering was starting to feel a little vague. Turn in was not great and approaching the corner before mountain the car was almost throwing itself over to the right. We continued as we thought the front tyres may be contributing to this as they were due to be replaced. Apart from this the car was faultless. We got the car checked over and the issue was the offside track rod end had popped the plastic cup and was only been held on by a clip!!
So we had new track rod ends fitted along with 2 new MRF ztr tyres and the geo checked, we found there wasn't any adjustable camber bolts fitted so with only the coilovers to adjustment we could only set the camber at 1.5 negative degrees. We also had the car corner weighted too.
On to Donnington Park for a evening session on Thursday this week.

Car was great everything worked as it should.
But it doesn't stop there the car is now back at DH Racing too have track rod ends replaced with rose joints to eliminate the chances of failure in the future. Also adjustable camber bolts are being fitted along with top mounts being machined so we can get around 6 degrees negative on camber. Its also having some surgery too remove a bit more weight.
Not too distance plans are to have a front cage and door bars fitted.
Back at Cadwell in June then the calendar is..
Anglesey in July
Bedford in August
Blyton in September
Croft in October
Snetterton in November
Donnington in December.

Nice update Simon, cars looking great. Good to see you have plenty of track days booked, I’m booked in at Cadwell for the 14th June, just an evening session this time. Are you there on the 14th or a different date? Cheers

Ricki1985 said:
Nice update Simon, cars looking great. Good to see you have plenty of track days booked, I’m booked in at Cadwell for the 14th June, just an evening session this time. Are you there on the 14th or a different date? Cheers
Click to expand...

There on Friday the 18th Ricki, shame would of been nice to catch up.

simon25 said:
There on Friday the 18th Ricki, shame would of been nice to catch up.
Click to expand...

Thats a shame Simon, have a great day on the 18th, We will have to have a meet up soon once things get more normal.

Cadwell 18th June didn't quite go to plan, glorious sunshine for the previous few days then trackday time rain and more rain. Very light rain for the sighting laps so not too bad. Jamie went out first after pit lane opened, still continuous light rain at this point. He came back in about 20 mins later big smile on his face, said the car felt good after the changes we had done and the grip levels were good apart from Hall bends, hairpin, barn area which was to be expected. So i wait 20/25 mins to go out in this time the rain had got heavier. Go out and first thing i notice is the river of water running across the track just after Barn on to the start/finish straight, which is also starting to puddle up. The dip on Park Straight also starting to hold water.
2nd lap when coming out of Barn a little quicker now, going over the river of water just twitches the car but not too bad as does hitting the ever growing puddles down the straight. On to Park Straight and hitting the water at around 80mph really took some holding the car on track. I did another couple of laps and that was enough for me , I just didn't have the confidence to think if this throws me big time i wouldn't hold it, so into the pits i came.
So Jamie said come out with him, which i did, he has a lot more confidence and we did another couple of sessions before lunch. It was still raining during these sessions and the car was certainly skittish down start/finish straight in thee puddles before Coppice. A lotus spun off in front of us on Park Straight up the hill Jamie braked back end stepped out but he saved it and on we continued.
After lunch we went back out, it had not stopped raining and the puddles were getting deeper, but we was having fun, the grip from the MRF's on the wet track were really good where there was no standing water. Start/finish straight was the worst place and we did a few laps and was definitely aquaplaning but Jamie was taking it in his stride and enjoying the conditions. Then our luck ran out, coming down the Start/finish straight just before the braking point for Coppice we hit a puddle that just spat the rear end out, probably doing around 90mph at this point. From then on we were just passengers, hit the barriers not sure if we span and ended up drivers side against the barriers.
We were both ok unfortunately the car wasn't.
But it is repairable and has already been stripped down ready to get a chassis leg straightened, new subframe, radiator , wing, front bumper and bonnet as well as some headlights ready for Anglesey 26th July.
It did drive off the trailer and into the unit and the radiator was still full of water!!

We did laugh and this is the reason we bought a track only car, no emotional involvement and its going to happen again because you push these cars harder then you would if you have to drive it home.
If you've read this far you will be hoping that there are photo's I know i would.
Well i don't like to disappoint so here they are.

Gutted for you both Simon, glad you are both ok and hopefully the cars not too badly damaged. Hope you get it all sorted for July at Anglesey.
You must log in or register to reply here.
Share:
Link
Top