Placeholder in prep for an imminent arrival. 7 hour round journey today, deposit placed.

if anyone has any OEM dc2 stuff lying around the garage, please let me know after an exhaust, shocks/springs and the head unit/single DIN bin/cubby hole. 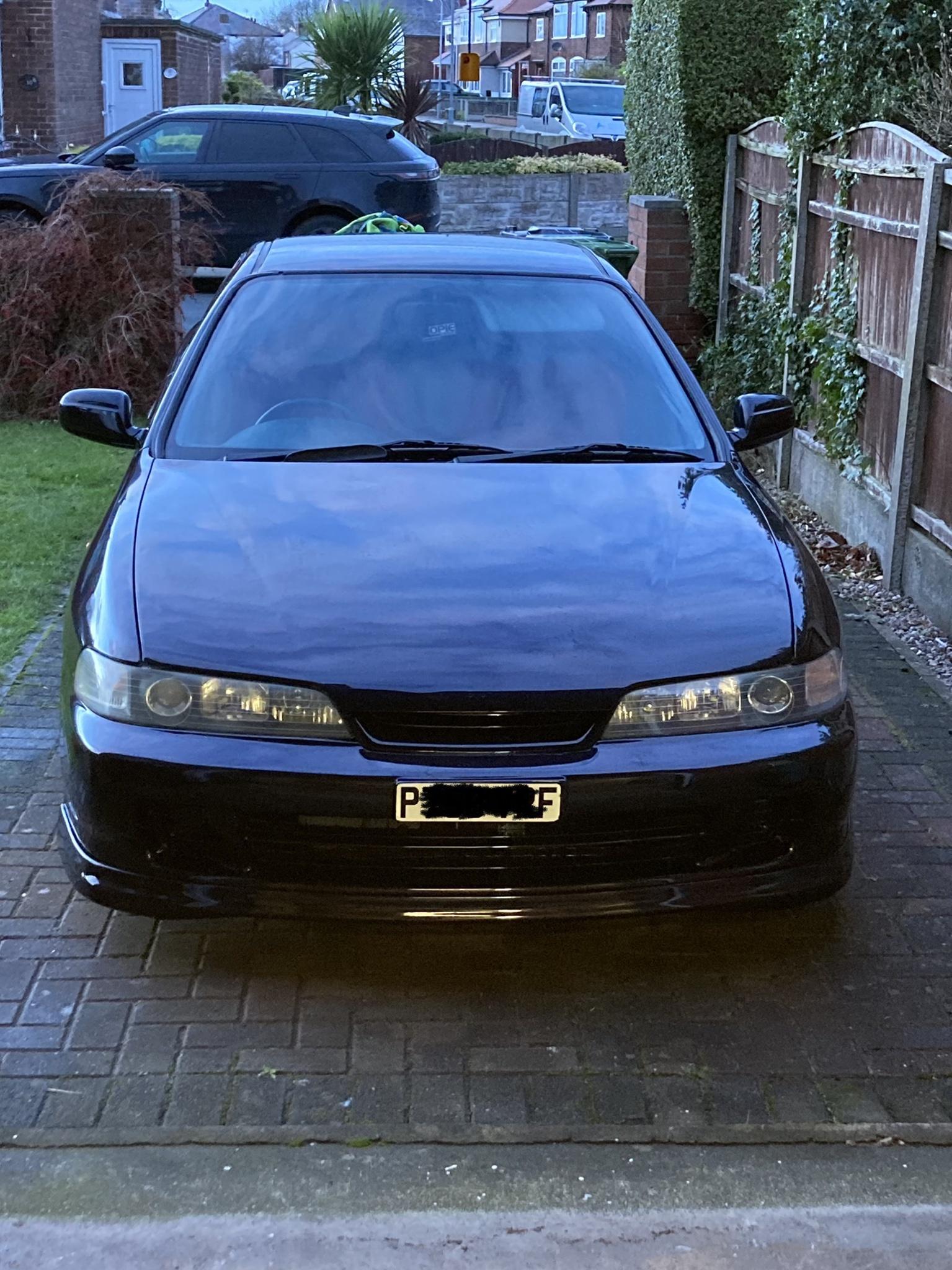 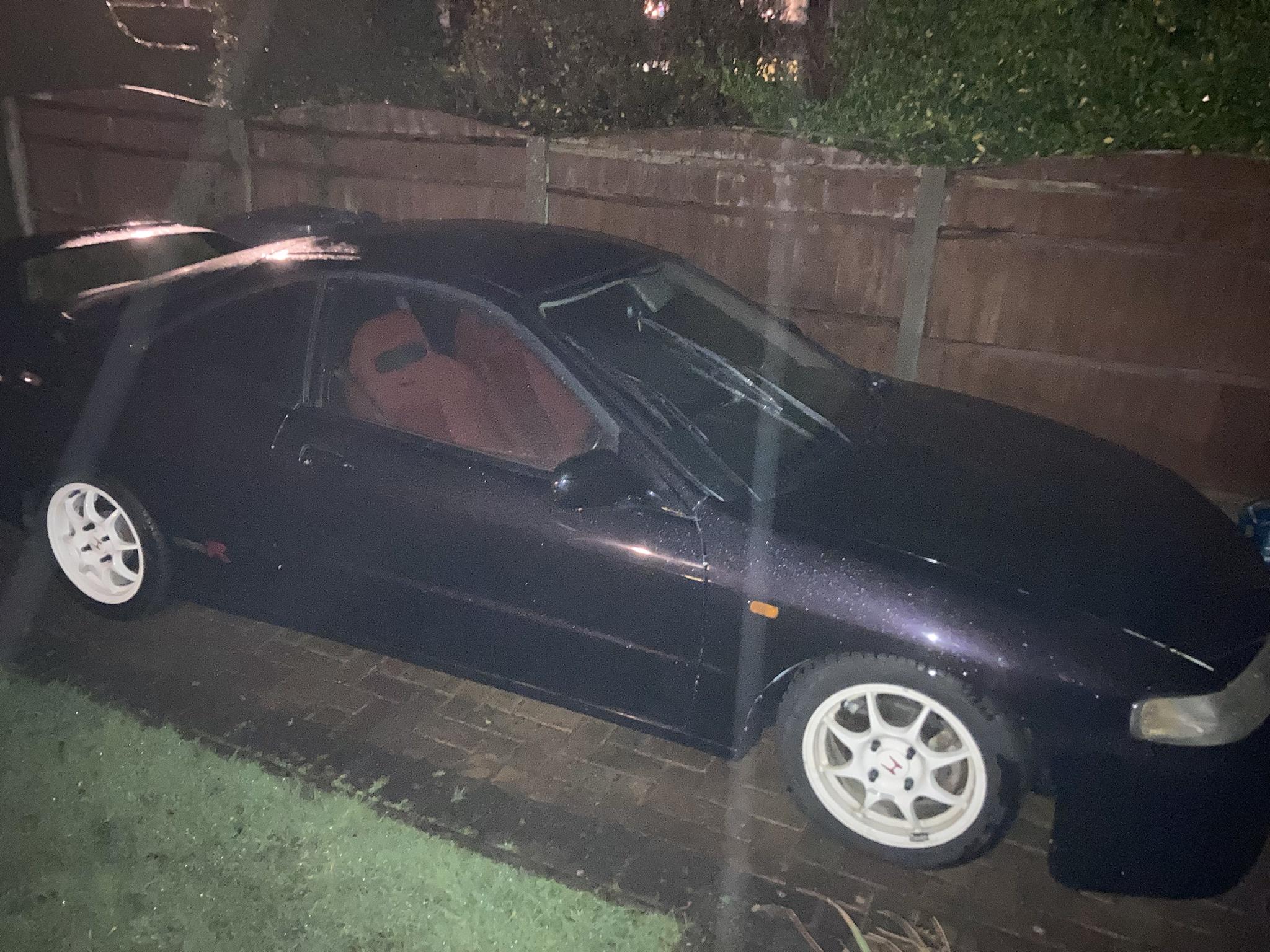 13 hour round trip, that’s all you’re getting for now.

86000kms on the clock & some very distasteful mods…. All will be revealed in due course.

You can’t have a hazz car without incident.

This one is no different. The drive home was interesting. I set off from Bristol (again, close to where I got the mini) about 2pm or there abouts. All was fine and dandy until it got dark & rainy. I lost my back and dash lights around Birmingham, thankfully my headlights stayed on. I was tempted to stop and swap a fuse around, knowing it was more than likely a blown one. However, due to the weather I deduced it was just going to blow again & gunned it home. As soon as I was off the motorway I felt safe to use my hazards & “enjoyed” the rest of the drive home. I wore my noise cancelling headphones the whole way back, it has got the worlds most obnoxious exhaust. You’d love it Karl.

There was a flooded road which I carefully manoeuvred around. Unfortunately, the white van coming the opposite direction gave zero fcuks and absolutely drenched me. Major belt squeak the the rest of the way home.

Balls deep from the offset. I approve.

Bloody great wheel weight on that front there. I get proper p1ssed off with garages that do that. Have some pride in your work god dam it.

Dayum. Not a great start!

rather happy with the condition, even the filter looks brand spankers 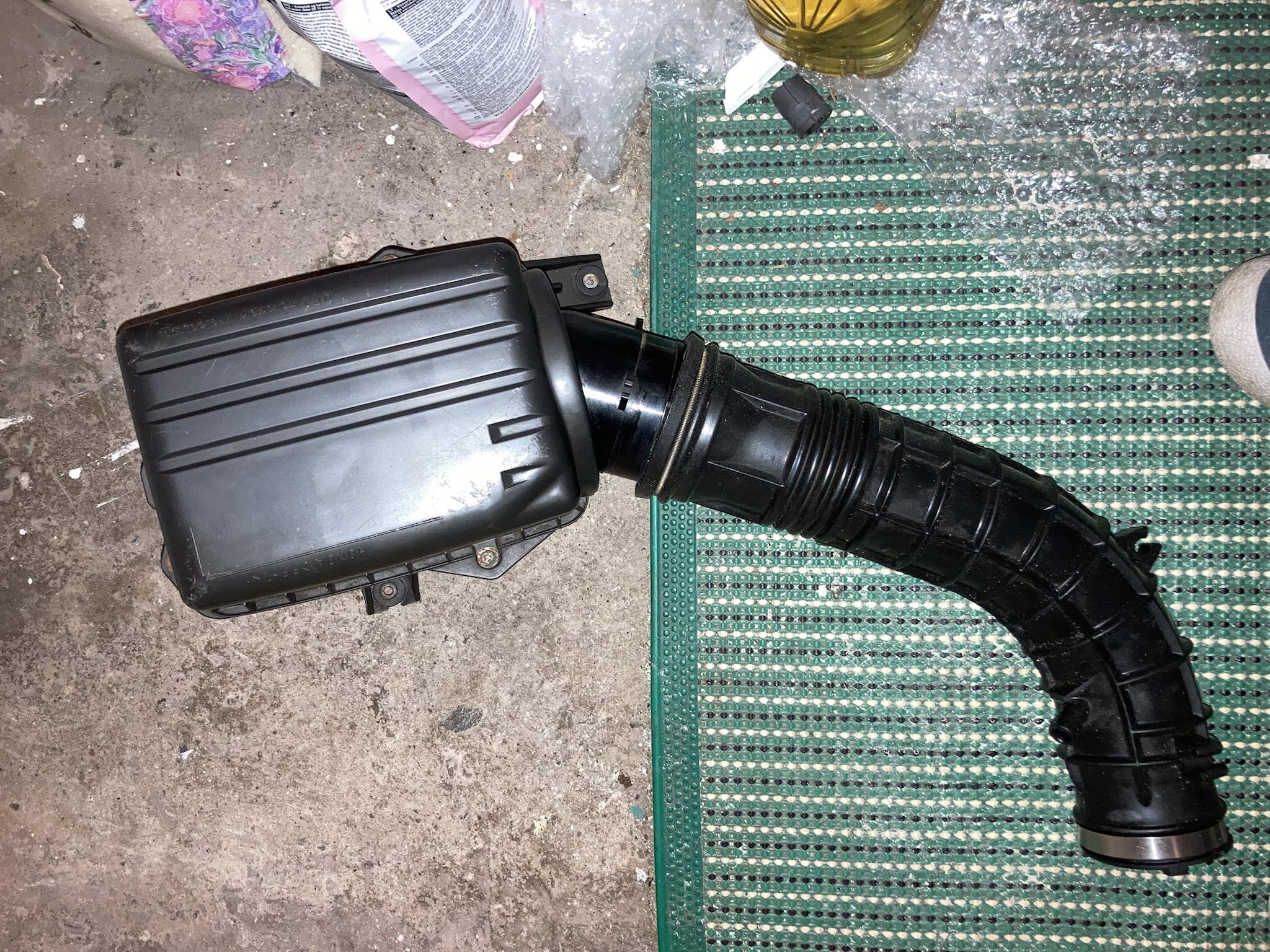 Finding a backbox is proving difficult so far.

The rear light issue appears to be loom related. I suspect aftermarket head unit fckery. I’ve popped 2 fuses so far and checked the bulbs, as soon as the weather calms down I’ll whip the multimeter out and figure it out. I’ve tackled worse on the mini so not too worried about it.

cowboy573 said:
Bloody great wheel weight on that front there. I get proper p1ssed off with garages that do that. Have some pride in your work god dam it.
Click to expand...

haha I thought that too when I looked at that pic, it’s just missing the paint lmao

All 5 wheels will be getting Refurbished/retrimmed over winter.

It’s strange, I’m not sure what happened with this car given it’s low milage. It’s been in this country a very long time, the interior plastics, carpets, dash, everything is mint. Shell is remarkably rust free. But the steering wheel is battered and the seats are too, kind of. Very dirty and a couple of very small tears in both driver and passenger sides. Bolsters are all mint though. I suspect the original wheel was maybe sold because a mint one fetches a small fortune. Not sure about the seats tho, lack of bolster wear and the fact it’s a matching set (ie not two passenger sides) makes me think they’re probably original to the car.
Last edited: Dec 9, 2021

Just liked to sit in the car in their greasy overalls and stroke the steering wheel....?

Either that or the fabled Mugen FN2 headliner footprint couple were previous owners.

Well, I think I 've completed the interior now minus an OEM head unit. I've got all the missing plastics either en route or in my possession. Only head unit I've found was in the USA for £230 + £50 postage. No thankyou. However, I did find a single DIN bin with the brackets for £30, it was that or a new one without brackets overnight from Japan for £50. I chose the non spoon engine & I don't care what Hector thinks.

Wheel refurbishment booked. 15” rates FTW. Cheaper than I was expecting

Exterior wise I need to get the rear wing repainted, buy a red H for the front and do a couple small touch ups here and there. There’s a couple small dents and scrapes that could be tarted up too.

Edit: I should add, it's got brand new Meister R's on. Which I was initially against, but after the drive home I was pleasantly surprised. They're not even set fully soft. I was originally planning on getting some OEM shocks or perhaps some new B4s & Eibachs but having seen the condition of what's available, perhaps not such a good idea. I'll keep my eye out but I don't think it'll detract too much from a resale value point of view.
Last edited: Dec 9, 2021

Hector will not approve... 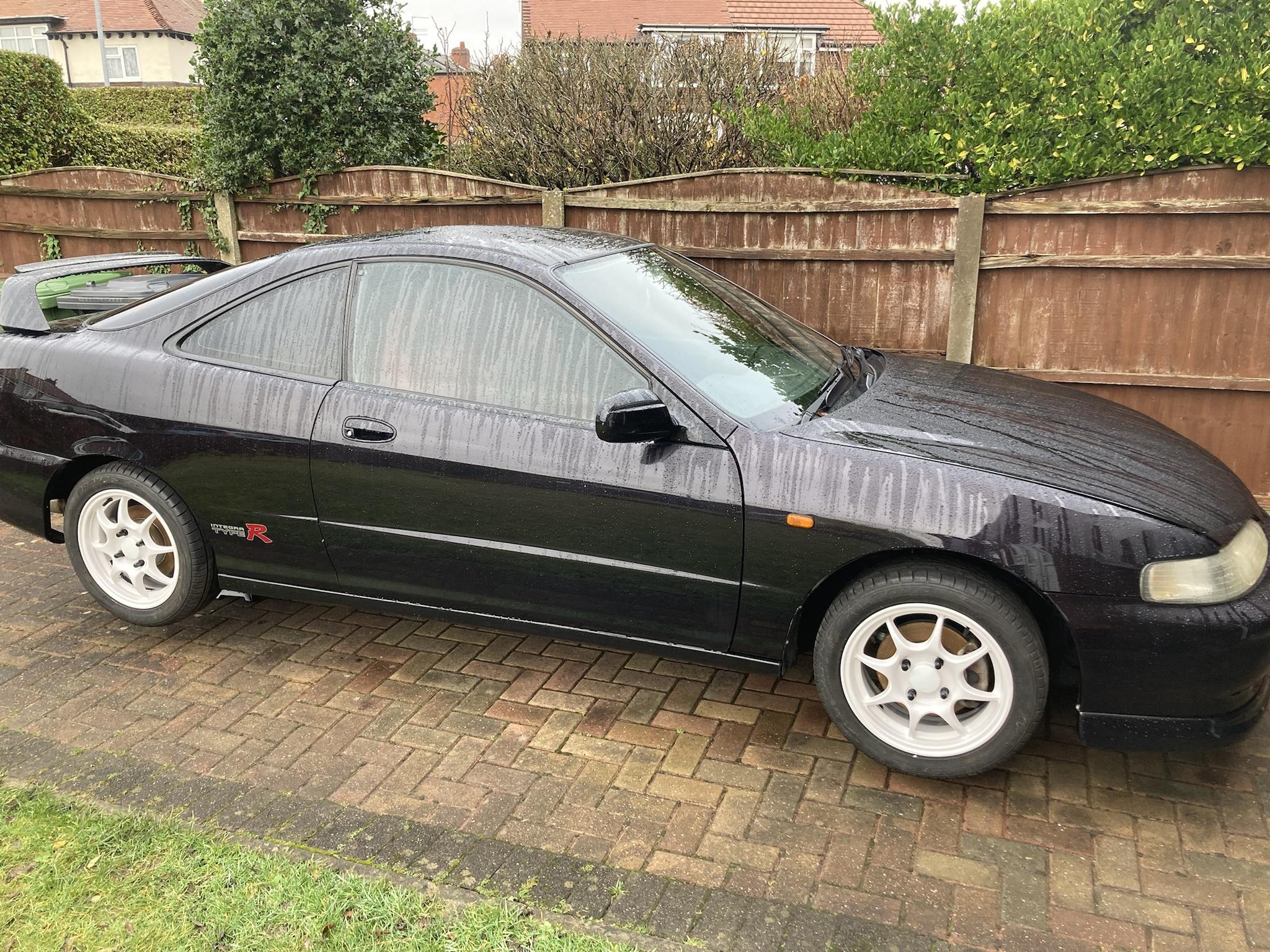 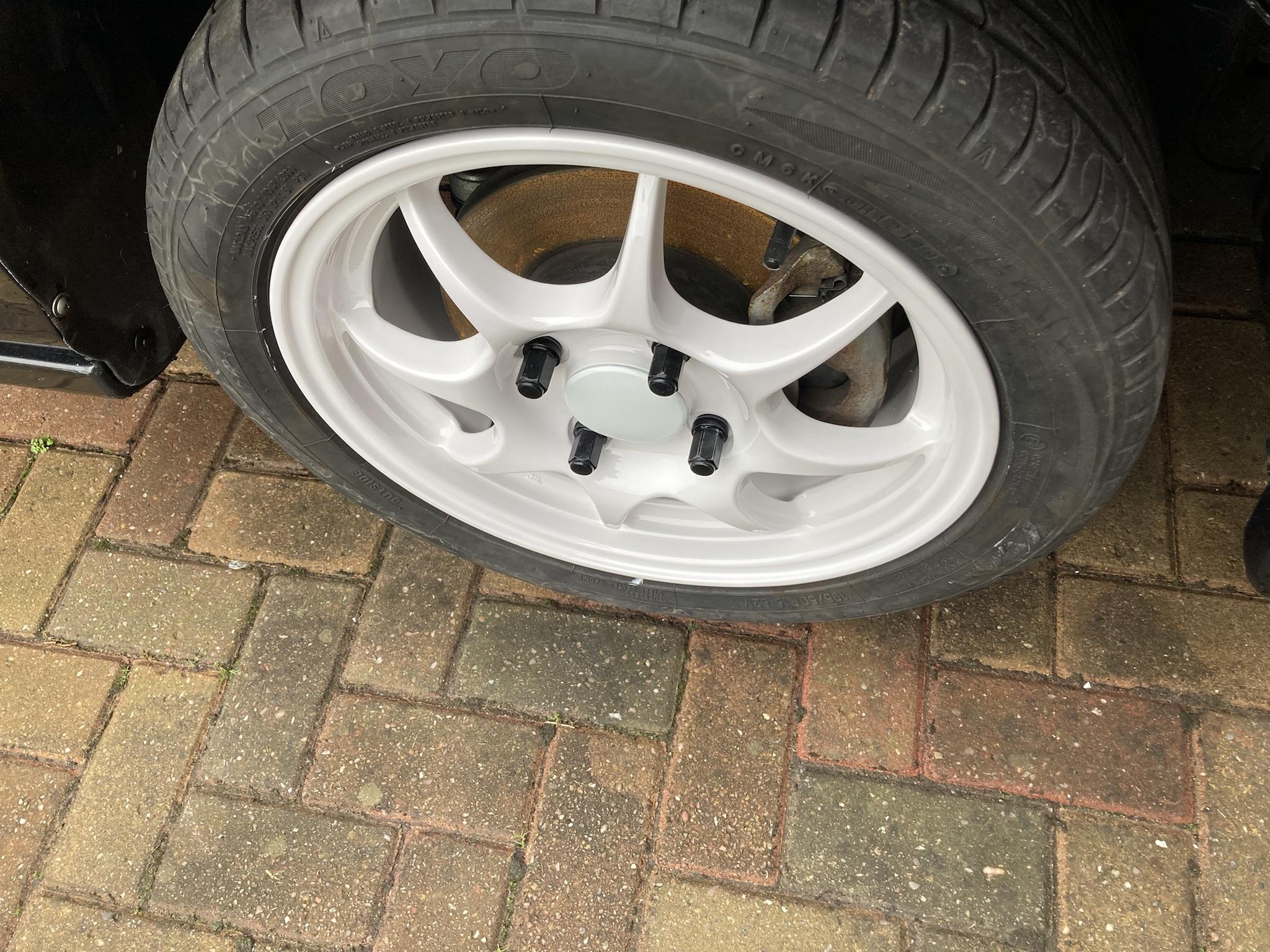 They really were in a sorry state, weren't they?

Although, what on Earth are those hideous tyres?!

They’re probably gonna stay on tbh. I don’t think I’ll see any return for my money if I fit better tyres on. I’m not going to be doing too much driving in this so yea, as much as it irks me… The boyo tries (any ddc2 YT fans?) are staying.

Hazz said:
They’re probably gonna stay on tbh. I don’t think I’ll see any return for my money if I fit better tyres on. I’m not going to be doing too much driving in this so yea, as much as it irks me… The boyo tries (any ddc2 YT fans?) are staying.
Click to expand...

Nice car mate. Yeah I follow Danny. Your DC2 is looking much better than his right now
You must log in or register to reply here.
Share:
Link
Top